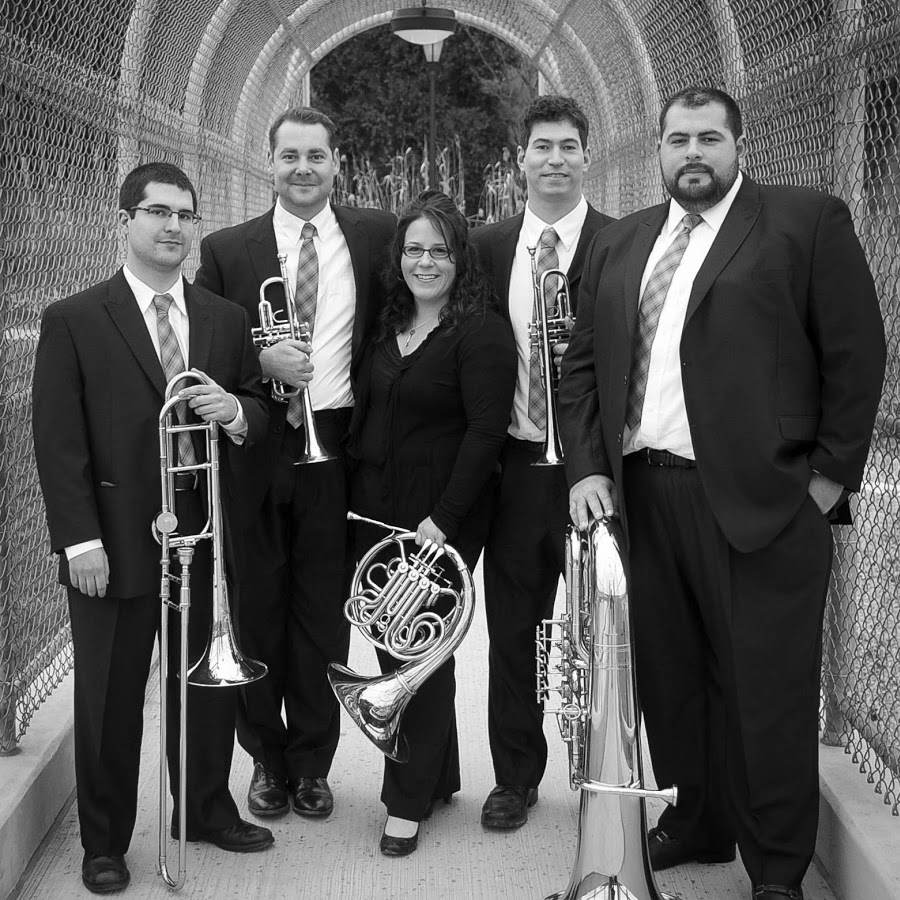 Emerging as one of New England's most ambitious musical ensembles, the Nautilus Brass Quintet has quickly established a place for itself in the world of brass chamber music. NBQ was founded in Boston, MA in 2010 with the distinct mission to proliferate the accessibility of cultivated brass chamber music through educational outreach and artistically relevant performance. Nautilus has been grand prize winners at the Rodney Mack and UConn Brass Day competitions, prizewinners at the Plowman competition, and finalists in the J. C. Arriaga and Koetsier competitions. Recent performance highlights include recitals throughout Massachusetts, Connecticut, and New York, performing at the 2013 Northeast Horn Workshop, a performance of Eric Ewazen’s “Shadowcatcher” with the University of Connecticut Wind Ensemble, and a performance with the new music collaborative NOVA Musica. http://www.nautilusbrass.com/