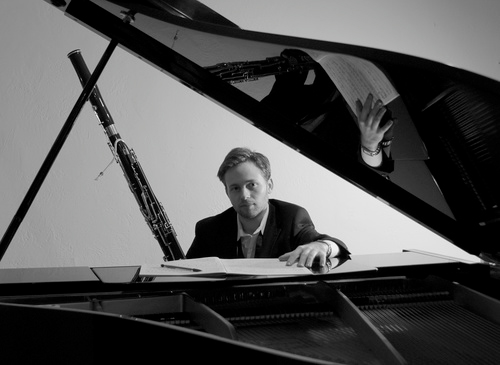 Matthew Rosenberg, bassoonist, is a New York City–based freelance musician and a teacher currently serving as faculty at the Luzerne Music Center. He holds his B.M. from New York University, an A.D. from the Aaron Copland School of Music, and his M.M. from The Manhattan School of Music, where he was featured as a soloist in the Strauss Duet-Concertino as well as many other MSM performances.

At NYU, he studied primarily under Leonard Hindell, and Mark Timmerman, and was a featured player in numerous productions. His undergraduate education took him as far as Prague, where he learned under the tutelage of Jaroslav Kubita of the Czech Philharmonic. At the Aaron Copland School of Music he worked under Marc Goldberg and has studied with Roger Nye of the New York Philharmonic while at MSM.

As an active chamber and orchestral musician he is a two time winner of the Lillian Fuchs Chamber Music Competition and has played with orchestras such as the Garden State Philharmonic, Nova Philharmonic, Park Avenue Chamber Orchestra, and the Amore Opera