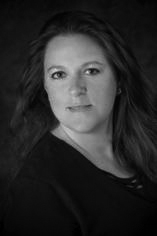 Admired for her work singing traditional soubrette/lyric opera, oratorio and song literature, Dr. Valente is praised as an exciting performer of new music. She regularly commissions and premieres works written by emerging and established composers, appearing in concert and as a presenter throughout the US and abroad. Some of the composers with whom she has collaborated include Violet Archer, Derek Healey, Timothy J. Brown, William Vollinger, Christine Arens, Judy Ross, Marty Regan and Jason Lovelace. She is a frequent presenter at regional and national conferences hosted by the College Music Society, Music Teachers National Association and Sigma Alpha Iota and was a presenter at The Phenomenon of Singing International Symposium VII held at Memorial University in St. John’s, Newfoundland, Canada in 2011.

A native New Yorker, Dr. Valente currently lives in Central Florida with her husband, Michael Shook. When not on stage performing or in the studio teaching, “Doc” can be found either on the back nine at the local golf course, tending her butterfly garden rearing Monarchs and Black Swallowtails, or creating stained glass creations with her husband for Art-O-Mat.