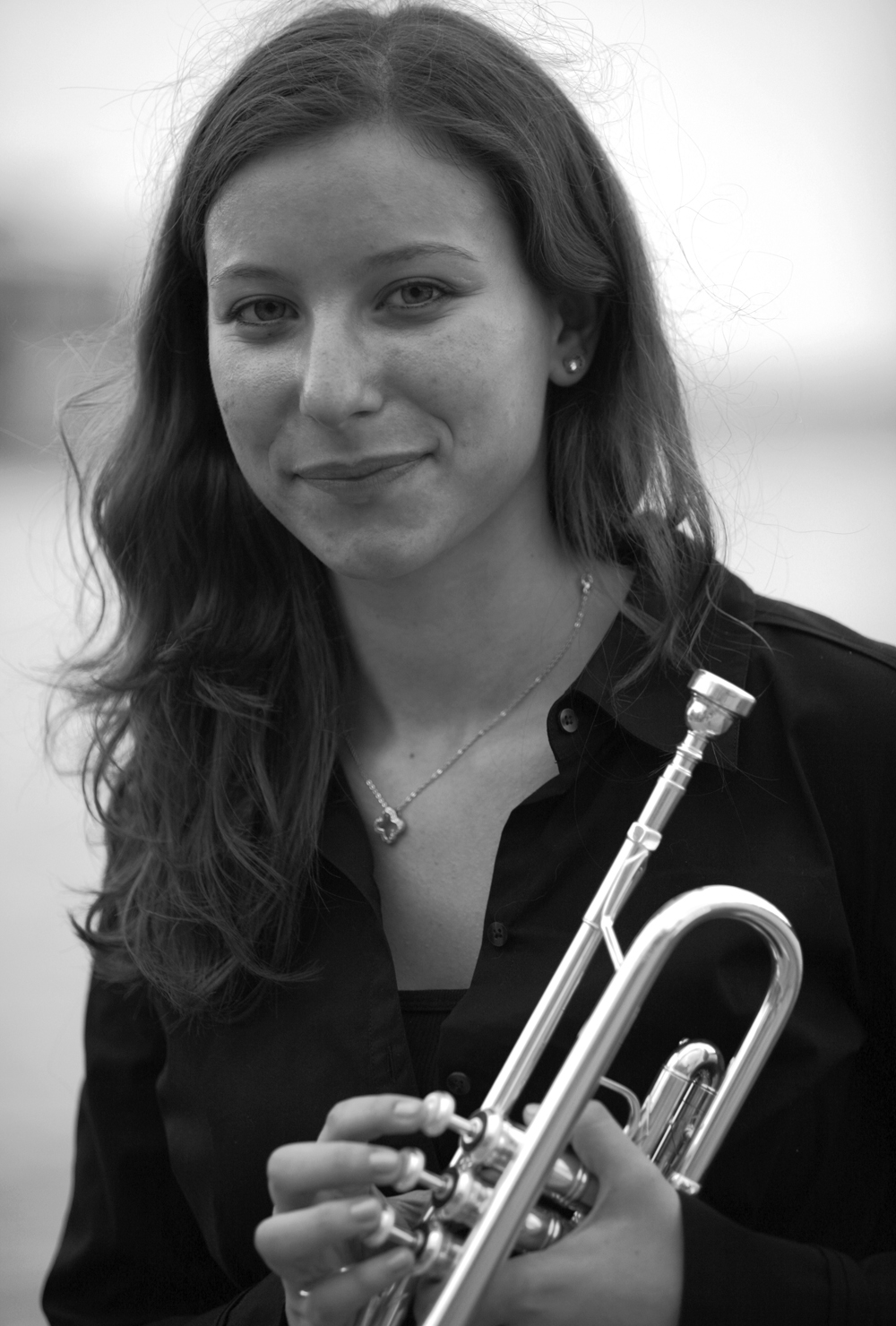 A passionate and creative performer, Kate Amrine is a prominent young trumpet player balancing a multifaceted career from curating concerts and developing new repertoire to freelancing with many different groups in the New York city area. She is extremely dedicated to commissioning, performing, and curating new music performances as both a soloist and a chamber musician. She also works as a contractor hiring musicians for various events including a full orchestra classical concert, musical theater pits, rock band horn sections, and chamber ensembles for recording sessions. Kate recently hired a 40-person orchestra for a full album recording session at Avatar Studios. As a commercial player, Kate performs with bands of all different styles from Latin to hip-hop and she appeared on Late Night with Jimmy Fallon in an all-girl horn section with the rock band Sleigh Bells in 2013. Recently, she appeared as a musician extra for the A&E show Unforgettable with several other freelance musicians.

Kate also frequently performs in various regional and off broadway musical theater productions; some selected shows include filling in for a week of the Annie National Tour, touring the Southwest and Florida with the Broadway Big Band, performing in the 2015 New York Musical Theater Festival production of Into the Sun, and substituting in the off Broadway productions of Mary Poppins (Westchester Broadway Theater), Three Penny Opera (Atlantic Theater Company) and Lies My Father Told Me (National Yiddish Theatre).

In addition to performing, she teaches all ages and levels from grade school students in Brooklyn and Harlem to college students at New York University as an adjunct instructor. Kate received a Bachelor's degree in Trumpet Performance from NYU, where she studied with Thomas Hoyt, Laurie Frink, and Jeremy Pelt. Kate is currently pursuing her Master's degree from Peabody Conservatory, studying with Joe Burgstaller.