and their string quartets

Vox Novus in collaboration with Virtual Concert Halls is presenting the works of living composers and their string quartets. Composers will be featured here once committed to the performance.

This unique broadcast is presented LIVE online to 5 streaming platforms: Youtube, Facebook, Vimeo, Twitch, and Periscope. All performances will be archived on their related platforms.

Composers will be featured LIVE online during the concert to present themselves and describe their works to the audience. A host will introduce the musicians and the composers. 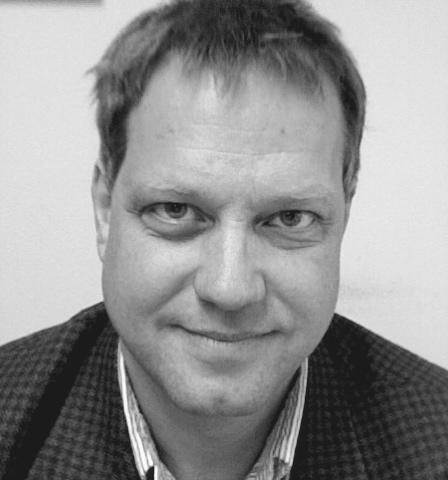 Hammer Down! by Benjamin Boone

Saxophonist/composer, Benjamin Boone straddles the worlds of new music and jazz. His Origin Records release, The Poetry of Jazz, was voted #3 “Best Album of 2018” in DownBeat Magazine’s annual Readers Poll (just behind Chick Corea and Wynton Marsalis), featured on NPR’s “All Things Considered,” an Editor’s Pick in The Paris Review, and praised in leading musical and literary publications. His latest Origin release, The Poets Are Gathering, received equally glowing reviews and has been hailed as defining a new musical genre. Boone was awarded #3 “Best Alto Saxophonist of 2020” in Brazil’s 42nd Annual JazzStation Awards, and his Origin album with The Ghana Jazz Collective, Joy, was named #5 “Best Album of 2020.” His new music compositions have been performed in 38 countries and have garnered 18 honors and awards. Boone, a US Fulbright Scholar to Ghana (2017-18) and Moldova (2015) is a Professor at California State University Fresno.

Hammer Down! was inspired by a flashy, virtuosic, and energetic jazz pianist Hiromi Uehara. In her composition Voice, she plays a single re-articulated note for 43 seconds, as the harmonies around it change and meters shift. When the Verdi String Quartett of Germany commissioned a single-movement, vibrant, and energetic piece, I thought of Hiromi’s work and the hammer of Hiromi’s piano hitting the string as she rearticulates that single note. That image governed my approach to this piece. Notice the rearticulated note at the beginning, and how each member of the quartet is given several solo passages, each trying to better the other. The piece is in a fast ¾ meter, but listen for times when units of 2 or 4 are played against the basic unit of 3 to create tension. 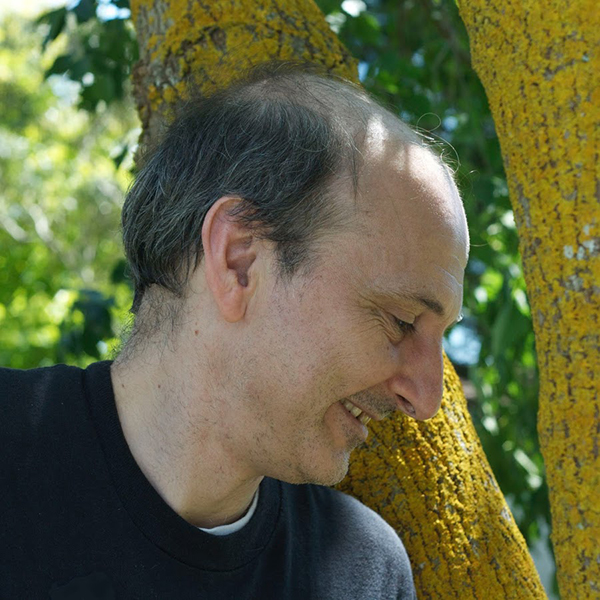 Miguel Heatwole began his career as a choral musician during the 1990s. As musical director of Ecopella and of the Solidarity Choir he arranged and composed numerous pieces on environmental and social justice themes. He has led the choirs, and his smaller ensemble Andsome Friends, in well over a thousand performances. In 2005 he recorded his song cycle, Unrest, with The Song Company.

Miguel is also a folk singer and songwriter. He has facilitated festival choirs, singing workshops and sessions, and has produced a series of compilation albums of contemporary folk singers for a project entitled The People Have Songs.

His concurrent interest in instrumental composition has produced two orchestral tone poems and a variety of agile and expressive chamber works, including two string quartets. He has also written a number of airs, dances and slip jigs for traditional folk instruments. 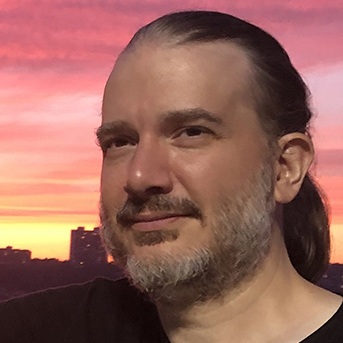 Robert Voisey composes primarily chamber music and electronic music. His chamber music feels neo-romantic and frequently utilizes extended instrumental techniques and graphic notation. The electronic music he creates tends to be either ambient in nature utilizing throat-singing techniques he records of himself or he flips over into a mashup territory comprising of a collage of micro-samples.

Robert’s piano work, “Persistence of Melancholy” received its Carnegie Hall debut in 2019 and featured on the album ENDURANCE with pianist Matthew McCright.

Known for creating miniatures and small form, his Voisey's 10-minute opera “Poppetjie” premiered at Carnegie Hall by Remarkable Theater Brigade’s Opera Shorts; his chamber orchestra work "sic second chance" was a six-second work selected by Vine Orchestra; a 50 second mashup work was selected for "50/50" Recombinations/mnartists; and several of his one-minute works have received performances with 60x60 and Fifteen-Minutes-of-Fame.

His work has been published in 15 compilation albums of various genres and labels. 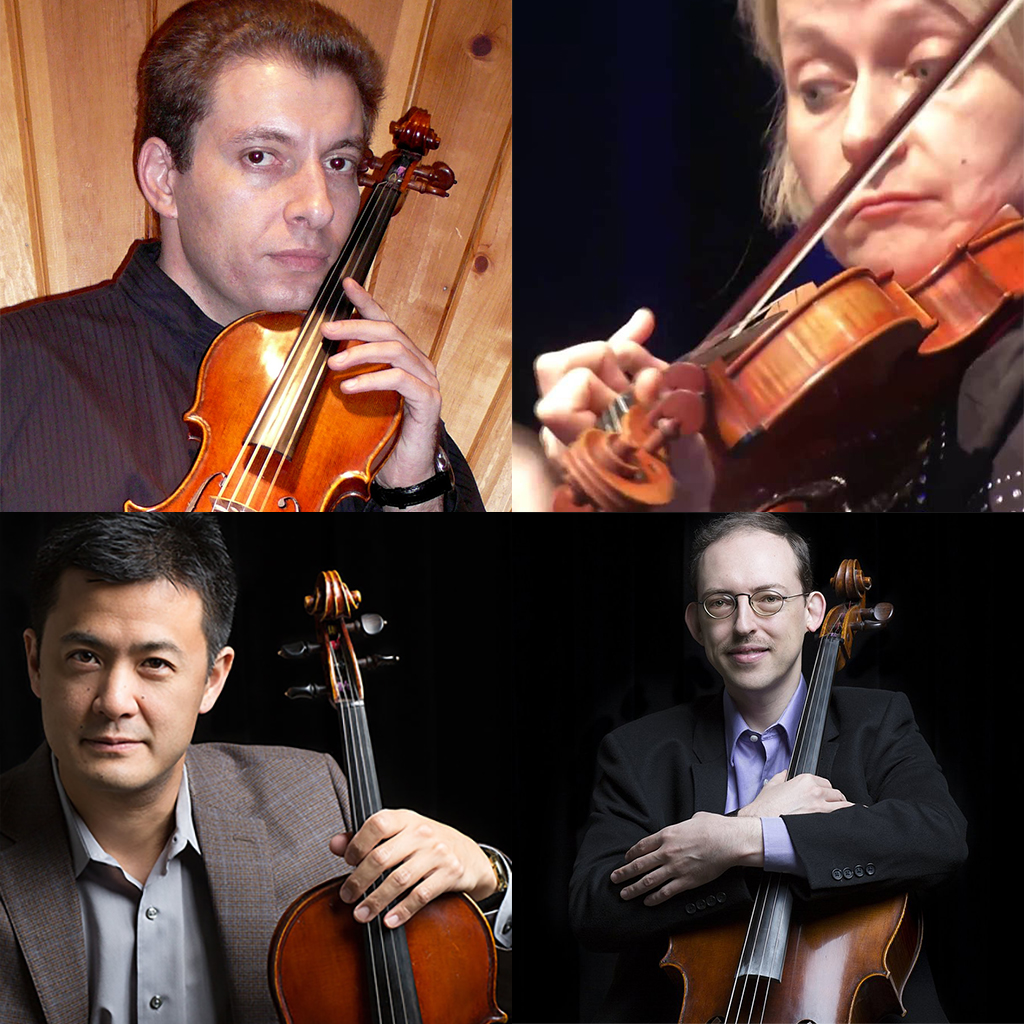 All works performed by the:

The Lehner String Quartet is composed of four talented musicians who are members of the Kennedy Center Opera House Orchestra (Washington National Opera): Violinists Natasha Bogachek and Zino Bogachek, violist Philippe Chao, and cellist Igor Zubkovsky. Each are accomplished performers in their own right, they have a history of performing together to bring music to audiences around the world. Virtual Concert Halls and Vox Novus are proud to feature these string players to present new music by living composers.