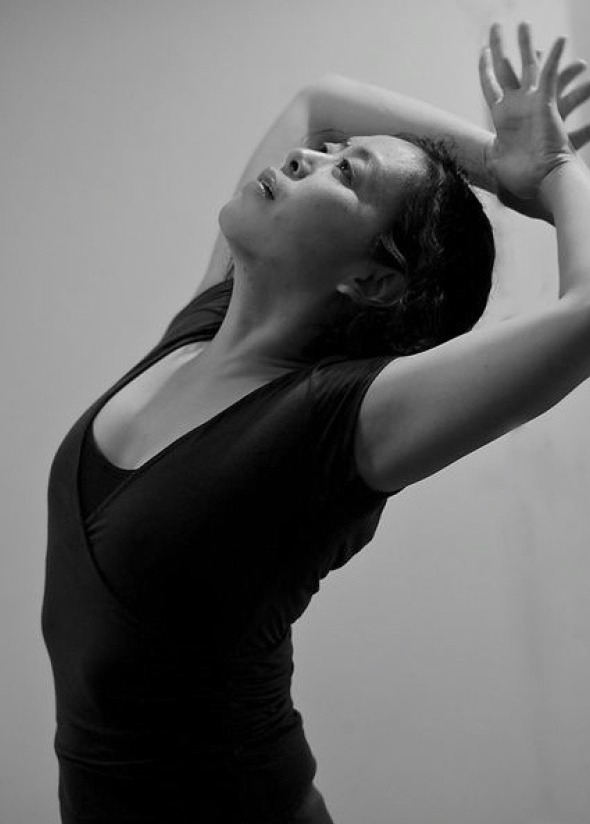 Kaoru Ikeda, dancer, choreographer and teacher, originally from Japan, was graduated from New York University, Tisch School of the Arts with Master of Fine Art in Dance with Rotary International Ambassadorial scholarship and NYU Tisch Grad school scholarship. Her works of "perfectly realized dance" (offoffoffdance) have been shown in NYC, Japan and Mexico. She works with various dance projects and artist in US, Mexico, South Korea and Japan as a dancer, choreographer and assistant. Recently, she was invited "Solioquios y Dialogos Bailados 2012, Centro Cultural Los talleres" as a dancer and "Viculacion Dancistrica Professional" as a guest Choreographer in Mexico. More information: http://kaoruikeda.web.fc2.com 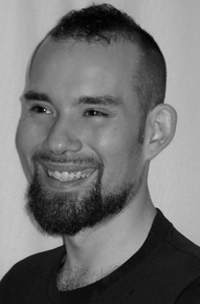 Scott Roche, baritone, debuted the role of Colonel Jim Thompson in the world premiere of Tom Cipullo'sGlory Denied for which the New York Times noted his warm baritone voice. Recently he performed the role of Tristan in Mike McFerron’sLoving Is at Lewis University’s Arts and Ideas series, and performed in several of Christian McLeer’s short operas for a television program about the composer. In past seasons Scott has appeared as a soloist with the National Chorale at Avery Fisher Hall and has been featured on two of RTB’s Opera Shorts at Carnegie Hall. Scott is a recipient of the Robert StarerAward for performance of a work by a living composer. On previous Composer’s Voice concerts, Scott has presented the world premiere of Victor Frost's 8 Poems by Amy Clampitt for Baritone and String Quartet, as well as the New York premiere of Rodney Sharman's Crossing Over.

Robert Voisey's idea and project 60x60 has been described as “mad” by the New York Times and publications around the world. Besides founding and directing 60x60, Voisey composes/curates the one hour “macro-compositions” consisting of 60 one minute works from different composers/sound artists. He has created over 25 one hour mixes which have been performed hundreds of times in more than 20 countries in performances, radio, and Television. His own 60 second miniatures have been included in several mixes including: “New York,” “Ursa Minor,” “Electric Trains,” “Sagittarius,” “tongues,” “We are all 60x60,” “ripples in sand,” and “Executive Decision.”

“Constellations” is a collage project of Robert Voisey with ach Constellation Mix uses a ‘mobile’ form comprising of one minute ambient miniatures. The ambient minitature us vocal samples from Robert Voisey himself both with and without electronic processing. Consistent with mobile form each constellation mix changes with each performance and is titled for the venue where it was debuted.

A post-modern project of Rob Voisey is his “States” project inspired by Jon Nelson’s 50/50. “States” is a collection of 50 second mash-ups consisting of sound collage, featuring post consumer audio. Voisey’s piece “Oregon” was selected and featured on the "50/50" CD release by Recombinations/mnartists 2010 with 49 other DJ’s composers, and sound artists. “New York,” another miniature from the “States” project, is part of the 60x60 (2010) International Mix and received debuts at London.’s Stratford Circus as well as in St Louis and Japan.


These short entertaining miniatures were originally conceived to present different concepts of 5.1 imaging and soundstage techniques in the fixed media part. However, today they will be presented in stereo. The instrumental part explores different improvisatory concepts ranging from suggesting clichéd contemporary techniques, through to jazz and funk. Drum performances from "Tower of Funk" by David Garibaldi.

The Pornography of Unfettered Optimism

The text is by my friend Michael Ives. The voice on the piece is my wife, Michelle Allen McIntire.

Inspired by the Isaac Asimov short story from which it takes its title, this work began as a contemplation of entropy through the exploration of the sounds resulting from breaking and broken glass. However, attempts to set these sounds in an entropic context proved frustrating. Instead, the work turns to the art of glass-blowing as the source of its narrative. Thereby, affording its composer an appreciation for the genesis of the glass by examining its chaotic end, inadvertently echoing Asimov's story.

The inspiration for this work comes from Alfred Bester's sci-fi classic The Stars My Destination. Gully, the anti-hero of the story, is taken to the prison Gouffre Martel, a place of total darkness and isolation. Many inhabitants of the prison become mad within this total isolation and end their lives with a “blue jaunte” in which they teleport themselves into nothingness (teleportation is a common inherent skill in Bester's book and the total darkness of Gouffre Martel prevents the prisoners from successfully teleporting to freedom). Due to an acoustic anomaly in Gully's cell, he hears whispers from another prisoner several miles away and begins to have conversations with her. This personal contact, the sound of another's whispers, strengthens Gully's resolve to stay alive and attempt and escape from the inescapable prison. In this piece, we are with Gully in total isolation. Around him are the sounds of “blue jauntes.” Gradually, whispers creep in and sooth the tension and despair Gully is feeling.

"In some ways, I think this is the greatest thing I've ever made." - Jay Batzner

The Pornography of Unfettered Optimism

"The Pornography of Unfettered Optimism" is a setting of a text by Michael Ives. The voice on the recording is that of Michelle Allen McIntire. I take Ives's poem to be a study in how any thing can become "pornographic" when exaggerated to an excess far beyond a moderate norm. Perhaps even optimism can become pornographic, if detached from its moorings in reality. I AM "boiling my moods, in a tallow of forgiveness..."

Michael Ives is a writer and teacher living in the Hudson Valley. His poems have been published widely in numerous publications and in the collection The External Combustion Engine (Futurepoem Books). He was a founding member of the noted language/performance group F'loom, whose work was featured on National Public Radio, the CBC and included in the international sound poetry anthology, Homo Sonorus. He teaches at Bard College.

David D. McIntire is a sound artist and teacher presently based in Kansas City. He is the founder of Irritable Hedgehog Music, a small label dedicated to minimal and electroacoustic music. He has collaborated with Michael Ives on numerous electroacoustic text settings, over a period beginning in 1984.
www.irritablehedgehog.com

lectronic Music Midwest is dedicated to programming of a wide variety of electroacoustic music and providing the highest quality performance of electronic media. This annual festival consists of approximately nine short concerts (about 1 hour in length) over the course of a weekend in Autumn. Our goal is to bring together vibrant and interesting artists of all forms, give them a vehicle for their expressions, and a place for them to share ideas with others.