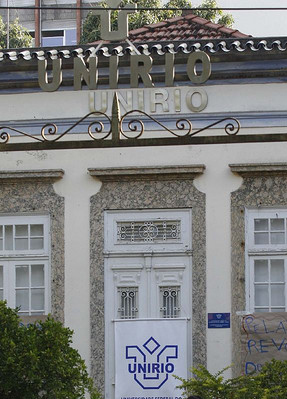 Douglas DaSilva is a composer, guitarist, educator and music curator in New York City. As Artistic Director of the Composer's Voice Concert Series and Premiere Salon Concerts he is dedicated to promoting new music and living composers. He has been curator for concerts in New York, Rio de Janeiro and Valencia. As a guitarist he has performed at places as diverse as Lincoln Center's Rose Ballroom, the Jan Hus Church, The Bitter-End, and The Cutting Room. As a composer of chamber music with a background in jazz, rock and blues, Douglas composes in variety of styles from the hummable to highly experimental. Much of his music is influenced by Brazilian music and self-inflicted stress. His extensive and daily work with preschoolers (where he is known by his nom de guerre: Mr. Doug) manages to keep him sane while giving him the opportunity to share his love for music with future generations. His chamber music has been performed throughout the US, Europe and Brazil.

DaSilva piece Sarabande for flute & guitar was recorded with flautist Kathleen Nester, and was featured on the Vox Novus 60x60 New York Mix. His electronic pieces: How to Build a Totalitarian State; Contrails; camp des feuilles; and Did I Hear It on the Composer's Voice have been included in 60x60 projects.

Canadian-American composer Emily Doolittle was born in Nova Scotia in 1972 and educated at Dalhousie University, the Koninklijk Conservatorium in the Hague, Indiana University and Princeton. Since 2008 she has been Assistant Professor of Composition and Theory at Cornish College of the Arts in Seattle. She has written for such ensembles as Orchestre Metropolitain du Grand Montreal, Tafelmusik Baroque Orchestra, Symphony Nova Scotia, the Albany Symphony, Ensemble Contemporain de Montreal, the Motion Ensemble and Meduse, and such soloists as sopranos Suzie LeBlanc, Janice Jackson, Patricia Green and Helen Pridmore, pianists Rachel Iwaasa and Ruth Rose, viola d'amorist Thomas Georgi and viola da gambist Karin Preslmayr. Her doctoral research was on the relationship between bird and other animal songs and human music, a field in which she continues to be active. Other interests include the traditional music of various cultures, community music-making, and music as a vehicle for social change. 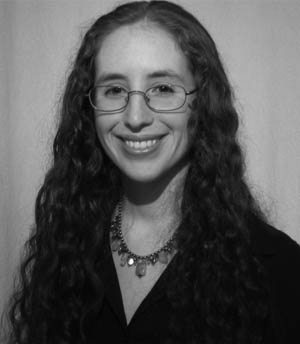 Rebekah Driscoll was born in Lebanon, New Hampshire in 1980. As a child she taught herself to play several musical instruments, and as a teenager she began composing music without formal instruction. She later studied flute, voice, and composition at Sarah Lawrence College and composition at Brooklyn College Conservatory, City University of New York. Her composition teachers include Chester Biscardi, Jason Eckardt, and Tania Leon. She is a member of the American Music Center (AMC) and the American Society of Composers, Authors and Publishers (ASCAP).

Rebekah enjoys writing for unusual combinations of instruments and voices, exploring the connections between language and music. She often writes her own texts or creates texts from diverse sources, such as using excerpts from six different plays by Shakespeare to illustrate themes of darkness in The Mask of Night. Her mobile-form Driscoll Alphabet for chorus, a winner of the 2009 Essentially Choral competition, allows singers to spell out words of their choice with music, creating pieces that uniquely suit the performers' tastes and abilities. She also studies various foreign languages and sings with choruses throughout the New York City area.

Not only a musician, Rebekah is an active proponent of sustainability and alleviation of poverty. To that end, she has been involved with several environmental groups, served with AmeriCorps in the South Bronx, and volunteered at a women's health clinic in Nicaragua. 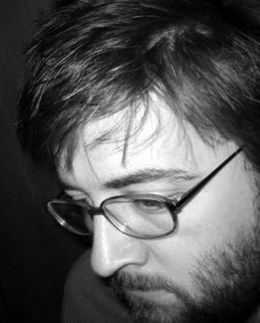 Andrian Fabian Pertout Navarro was born in Santiago, Chile, 17 October, 1963 [Version en Castellano], and lived in Gorizia, Northern Italy for several years before finally settling in Melbourne, Australia in 1972. Over the years he has worked as a composer, performer, producer, arranger, writer and educator. In 2000, Andrian Pertout completed a BMus (Hons) degree, and in 2002, a Master of Music (MMus) degree with first class honours at the University of Melbourne, majoring in composition. In 2007, he completed a Doctor of Philosophy (PhD) degree at the University of Melbourne on Tweddle Trust, Australian Postgraduate and Melbourne Research scholarships, studying composition under the guidance of Brenton Broadstock. He is currently the Australian Delegate of the ACL (Asian Composers' League), President of the Melbourne Composers' League, as well as Honorary Fellow at the Melbourne Conservatorium of Music (University of Melbourne) and National Academy of Music (Thessaloniki, Greece).

He has received numerous commissions, including the 'Compulsory Chilean Work to be Performed by all Competitors' of the 2011 Concurso Internacional de Ejecucion Musical 'Dr. Luis Sigall' - Violoncello Mention (Vina del Mar, Chile), a concertante for chamber orchestra commissioned by the Orquesta de Camara de Valdivia (Valdivia, Chile), a work for robot orchestra incorporating thirty-seven automats for the Logos Foundation (Ghent, Belgium), a work for tamburica orchestra (commissioned by Julian Burnside AO QC), as well as other works for violinist Piotr Szewczyk, (Jacksonville, FL, USA), saxophonist Noah Getz (Washington, DC, USA) toy pianist Phyllis Chen (New York, NY, USA), and two other works commissioned by Julian Burnside for The University of Hong Kong Gamelan Orchestra and Australian pianist Michael Kieran Harvey. In 2006, Pavel Mihelcic and Ensemble MD7 (Ljubljana, Slovenia) commissioned Aequilibrium for flute, clarinet, viola, violoncello, trombone, pianoforte and percussion - premiered at the 2006 Ljubljana Festival; and in 2007, the City of Melbourne commissioned Symetrie integrante for flute, organ and electronics, which was performed by Andrew Blackburn and Jean Penny as part of the 2007 'Melbourne Town Hall Organ Project'. Film Music commissions include works that have been written to accompany over 20 documentary and short films, television programs, as well as commercials, computer games and stage productions. Highlights of this part of Andrian's career include composing for documentary films such as East Meets West (1984), Ibrahim (1984), The Murray River Quest (1985), Hope Street (1987) and The Australian Ballet (1990).

Nolan Stolz (b.1981) is a musician who grew up in Las Vegas, NV in the 1990s. He is a composer, music theorist, drummer and university professor.

Stolz has a unique compositional voice in the contemporary classical music world: one that is clearly influenced by his performance background in jazz fusion and progressive rock, yet firmly rooted in the contemporary classical tradition. Although the music sounds expressive, natural and raw, the notation is very precise (for example, the use of microtones and complex rhythms).

As a music theorist, Stolz has lectured at Queen's University (Canada), The Hartt School, MACRO Musicians' Workshop, and several regional and national conferences (Society of Inc. and College Music Society). Although best known for his analytical system for microtonal music he calls "Fractional Set Theory," Stolz has also given papers on theory-composition pedagogy and jazz improvisation pedagogy. His article on Schoenberg's fourth string quartet is available online.

Stolz is very interested in Hawaiian history and culture, and has spent a considerable amount of time in Hawaii. Several of his compositions take on Hawaiian themes. Mele Hoipoipopo and Why Waianaie? for wind ensemble, Princess Kaiulani for flute, Kaena Point for piano quartet, Legend of Waianapanapa Caves for violin (or viola) and piano (with optional dance), and Makaha Valley for chamber ensemble are a few compositions based on Hawaiian people and locations.

"With few opportunities and much competition,...composers show creativity in just getting heard." And in Chris Pasles's article in the Los Angeles Times, Robert Voisey is highlighted as one of those composers. Composing electroacoustic and chamber music, his aesthetic oscillates from the Romantic to the Post Modern Mash-Up. His work has been performed in venues throughout the world including: Carnegie Hall, World Financial Center Winter Garden Atrium, and Stratford Circus in London. Voisey has been profiled and music broadcasted on HEC-TV public television in St Louis, Elektramusik in France, as well as radio stations all around the world including: Cityscape NPR St. Louis Public Radio; Arts & Answers & Art Waves on WKCR, Upbeat with Eva Radich on Radio New Zealand; and Kol Yisrael Israeli Radio.

Rob Voisey's neo-romantic chamber works are routinely performed in New York City on the Composer's Voice concert series and his 10 minute opera was featured on "Opera Shorts" produced by the Remarkable Theater Brigade.

Voisey's electronic work ranges wildly in style and aesthetic but has the common feature of being collaborative and community orientated. Some of his current projects include: one minute electronic works for 60x60; 50 second miniatures named for each State in the Union; Constellations, a project of miniature ambient pieces put together in a mobile form.

On the less short more romantic side, Voisey's 10 minute opera, "Poppetjie" premiered at Carnegie Hall presented by the Remarkable Theater Brigade's Opera Shorts. "Poppetjie" is a story about a little girl who projects her notions of marriage and relationships onto her doll and teddy bear.

Rob Voisey's romantic art songs "Dos Palabras" which are based on the work of Argentinean poet Alfonsina Storni. It is a duet commissioned by Agueda Pages and has been premiered by her in New York City, Bremen, Germany and Valencia, Spain. This song cycle has had several performances in New York City at Jan Hus Church at the Composer's Voice Concert series; the Argentinean Consulate, and at Christ & St Stevens Church for the XL performance. "Dos Palabras" has also been performed in Barcelona, Spain.
Home Calendar History Opportunities Vox Novus Site Map Contact Hosted by Malted/Media and Kalvos & Damian's New Music Bazaar