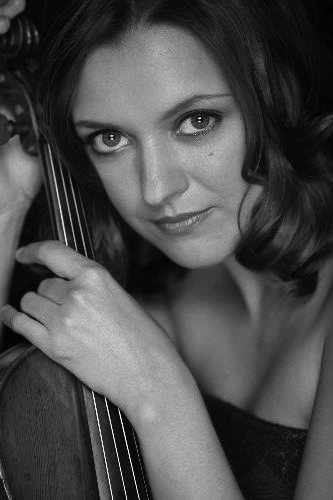 A virtuoso violinist with diverse musical interests, Katarzyna Bryla made her debut as a soloist with Zielona Gora Philharmonic at the age of 14 and in Royal Albert Hall with Poznan Chamber Orchestra, and recently performed at the J.F.Kennedy Centerin Washington D.C. Katarzyna has won an impressive number of international competitions, including 1st prize at the National Children’s Art Competition in Warsaw, 2nd prize at the National J.S.Bach competition, where she was awarded a special prize for the best performance of Bach, and 3rd prize at the Krzysztof Penderecki International Competition, after which she was invited by Maestro Penderecki himself to perform as a soloist with Sinfonietta Cracovia in the International Maazel/Vilar Conducting Competition. She performs frequently as a guest artist at many top music festivals.

Pianist Hui-Chuan Chen has performed widely throughout the United States, Europe and Asia. An active chamber musician, in 2003, she accompanied soprano Shou- Hua Su in concert at the National Recital Hall in Taipei, Taiwan. In 2004, she collaborated with mezzo-soprano Chi-Chun Chan in the same hall. Hui-Chuan has also participated in many festivals, including the Chigiana Accademia in Siena, Italy, and Universität Mozateum in Salzburg. In the summer of 2009, Hui-Chuan was awarded the fellowship in the field of instrumental collaborative artist to attended the Aspen Festival of Music, where she was invited back as a staff accompanist in 2011. The past summer, Hui-Chuan participated in Songfest, where she performed Schumann's Spanish Lieder for vocal ensemble under the instruction of Graham Johnson.

All the works for this Fifteen Minutes of Fame written for Katarzyna Bryla and Hui-Chuan Chenhave a theme of video game music.