Behind His Words
Rodrigo Baggio


The teacher and the pupil
Vladimir Karpenko


Beyond the Break
Paul David Thomas


Dance on the Name of Ravel
David Bohn


Romance in a Fishbowl
Philip DeWalt 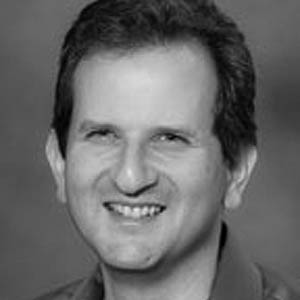 Born in Basel, Switzerland, Daniel Sachs earned his first degree in piano performance in his home town followed by studies in Paris, France, and Lübeck, Germany. In 2005, he completed his doctoral degree in piano performance at the College-Conservatory of Music (University of Cincinnati), where he studied with James Tocco. Mr. Sachs’ performances have brought him to venues such as the Fondation György Cziffrà in Senlis (France), the Cité Internationale des Arts in Paris, the Musiksaal in Basel and the Tonhalle Zürich, the Guest Artist Series at the College-Conservatory of Music in Cincinnati, the University of Louisville and numerous other venues including performances with members of the Cincinnati Symphony Orchestra. He performed with several orchestras and recorded solo works by Chopin and Rachmaninoff for the Swiss Radio. He is a founding member of the Mount St. Joseph Piano Trio and collaborates with his wife, soprano Rachel Sachs. Daniel Sachs is currently an Assistant Professor of Music at the College of Mount St. Joseph, where he teaches Piano and Music Theory. 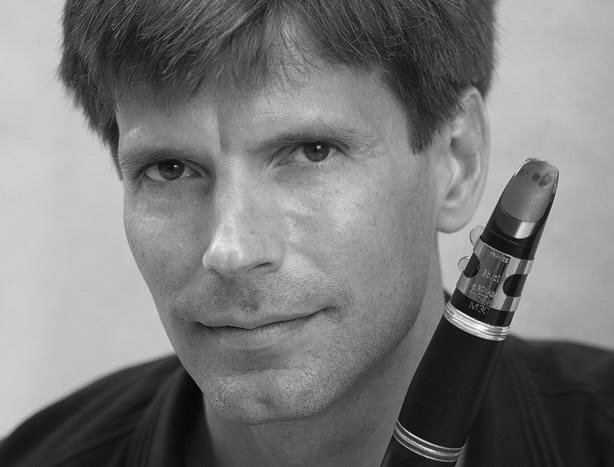 Kevin Schempf is a graduate of the Interlochen Arts Academy; holds bachelor’s and master’s degrees with the performer’s certificate from the Eastman School of Music; former member of the Syracuse Symphony Orchestra and The United States Coast Guard Band; has played with the Boston Symphony Orchestra, Fort Wayne Philharmonic, Lima Symphony, Nashville Chamber Orchestra, the Chautauqua Orchestra, the Skaneanteles Festival and the Society for New Music; chamber music performances with CrossSound in Alaska, the New London Contemporary Players, Chamber Music Plus, the Wall Street Chamber Players, Ying Quartet and the New World Consort; additional performances in Germany, Russia, Sweden and Japan; previously taught on the faculties of Connecticut College and Wesleyan University. 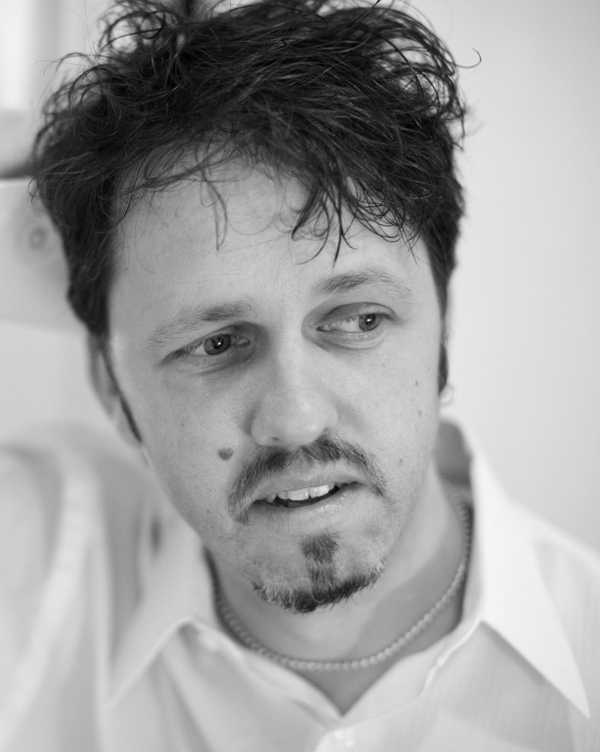 Born in Detroit, Michigan in 1970, Sean Hickey’s earliest music education began at age 12 with an electric guitar, a Peavey amp, and a stack of Van Halen records, the early ones of course. He studied jazz guitar at Oakland University, later graduating with a degree in composition and theory from Wayne State University. His primary instructors were James Hartway, James Lentini and Leslie Bassett.

Since moving to New York, Sean has pursued further studies with Justin Dello Joio and Gloria Coates. His works include symphonies, concertos for clarinet and cello, two string trios, a string quartet, a flute sonata, a woodwind quintet and trio, several pieces for solo instruments, church as well as orchestral music. He has also composed a film score, and composed the music for a children’s play, the latter of which received over 80 performances. Sean is also active as an arranger, contributing arrangements for various artists and ensembles in the pop and jazz music spheres.

2003 was a busy year with performances of his piano music at New York’s Weill Hall in addition to the first concert dedicated entirely to his chamber and solo music, at CAMI Hall. In 2004, Hickey was awarded a grant from the New York Department of Cultural Affairs as well as a Composer Assistance Grant from the American Music Center to mount concerts of his work. He has fulfilled commissions for Lincoln Center for the Performing Arts, the St. Petersburg Symphony, New York’s One World Symphony and North/South Consonance, the Adesso Choral Society in Connecticut, the Spain-based piano/accordion duo An-Tifon, 60x60, and the Gringolts-Weiss-Fiterstein Trio. His disc of chamber and orchestral works for Naxos American Classics, Left at the Fork in the Road, released in November 2005, broke the Billboard Top 100 Classical Chart. It is available wherever records and downloads are sold.

His principal instruments are guitar and piano. Other commissions include works for cellist Dmitry Kouzov, pianist Xiayin Wang, clarinetist David Gould, violinist Ilya Gringolts, flutist Stefan Hoskuldsson, mandolinist Avi Avital, and for the ensembles Ars Futura and Pearls Before Swine. His works have been featured at the Cabrillo and Bridgehampton Chamber Music festivals. He is a recipient of eight consecutive ASCAP awards and was named a semi-finalist in the Auros 2001-2002 Composition Competition, also winning second prize in the 1990 State Awards in the former Yugoslavia. The past two years have seen performances in New York, San Francisco, Detroit, Washington, Russia, Spain, Portugal, England, Ireland, Indonesia and Brazil. He is an ASCAP member and is currently composer-in-residence with the Metro Chamber Orchestra in New York. His works are published by Cantabile Publishing and Wolfhead Music. Several of his recording and concert reviews may be found in the pages of the New Music Connoisseur, 21st Century Music, Modern Dance and numerous other publications. He is also a principal contributor to the Omnibus Guide to Classical Music on CD, has contributed liner notes to dozens of classical recordings and is a voting member of the National Academy of Recording Arts and Sciences.

His travel and adventure pieces have appeared in Transitions Abroad, the Burlington Free Press, Trailworks, Trailsource, Orlando Weekly, ITN, Babylon Travel and elsewhere. Otra Dia, a travelogue of the writer’s travels in Peru, was published by Cantabile Press. He also lectures extensively on career options and marketing strategy for composers. 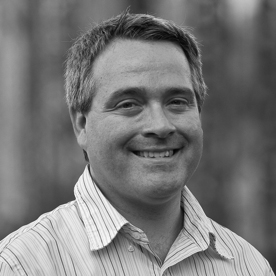 Scott McAllister was born in Vero Beach, Florida, in 1969, and completed his doctorate in composition at the Shepherd School of Music at Rice University. McAllister has received numerous commissions, performances, and awards throughout the United States, Europe, and Asia. He has also been featured at the Aspen, Chautauqua, and The Prague/American Institute Summer Festivals. McAllister has received awards, performances, and/or commissions from ASCAP, The American Composers Orchestra, The Rascher Quartet, I Musici de Montreal, Charles Neidich, The Verdehr Trio, Jacksonville Symphony, Da Camera, The Ladislav Kubik Competition, The United States New Music Ensemble, The President's Own Marine Band, The Florida Arts Council, and The Florida Bandmaster's Association. Scott McAllister's music is recorded on Summit Records, Naxos, ITunes and Centaur labels and his music can be found at Lydmusic.com. Scott McAllister is Professor of Composition at Baylor University. 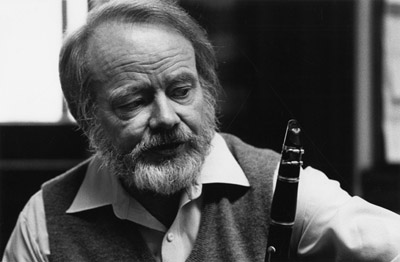 In Memoriam: D. Stanley Hasty
D. Stanley Hasty distinguished himself internationally as a pedagogue as well as a performer. From 1943-68 he held the position of principal clarinet in six major orchestras: the National Symphony Orchestra, the Indianapolis Symphony Orchestra, the Cleveland Orchestra, the Baltimore Symphony Orchestra, the Pittsburgh Symphony Orchestra and the Rochester Philharmonic Orchestra. He was also on the faculty of a number of the nation’s premiere musical institutions including the Eastman School of Music, the Juilliard School, the New England Conservatory, the Cleveland Institute of Music and the Peabody Institute. His success as a pedagogue is substantiated by his students, many of whom occupy a multitude of distinguished positions in symphony orchestras and on university and conservatory faculties throughout the United States. Stanley Hasty, Professor Emeritus of Clarinet at the Eastman School of Music, died Wednesday, June 22, 2011. He was 91 years old.
“It is a unique legacy we honor, intensely rational yet beautifully free; always in touch with that lyric beauty that so moves the soul.” –James M. Pyne