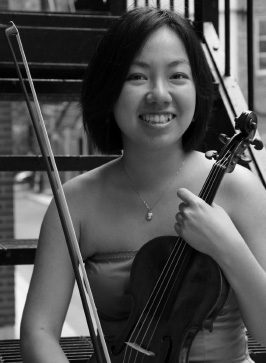 A native of Taiwan, Chia-Li Ho started her violin study at the age of six. After finishing her Bachelor's degree in Taiwan, she came to Boston pursuing her Master's degree at the Boston Conservatory. As an active orchestra player, she has participated in various leading international music festivals with full scholarship, including the Asian Youth Orchestra, Round Top Music Festival, and the National Repertoire Orchestra. She has been co-concertmaster at the Boston Civic Symphony Orchestra, Jamaica Plain Symphony Orchestra and other regional ensembles. 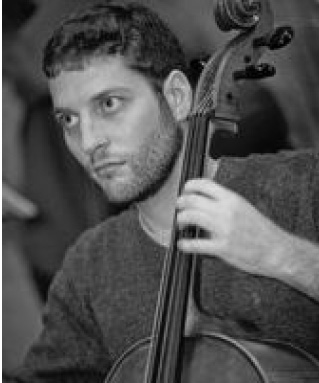 Christopher Homick is a Boston-based cellist and composer. His classical performance highlights include the Fayetteville Symphony Orchestra, Boston New Music Initiative, and Boston String Players. He has also played with pop performers such as the Trans-Siberian Orchestra, Kingsbury Manx, Wesley Wolfe, and Zubris. Christopher has attended summer festivals such as the Meadowmount School of Music and Brevard Music Center, and has appeared in master classes led by Zuill Bailey, Nina Lee, and Tilmann Wick, among others. Christopher is a graduate of the University of North Carolina at Chapel Hill (B.M.) and The Boston Conservatory (M.M.) and is currently pursuing a Professional Studies Certificate in Composition from The Boston Conservatory, under the instruction of Andy Vores. 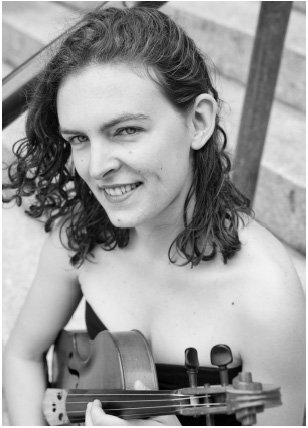 A native of Davis, California, violist and writer Zoe Kemmerling has studied at the Boston Conservatory, UC Davis, Apple Hill Center for Chamber Music, and the Tanglewood Music Center, among other places. Her multiple performing hats range from baroque violinist to violist and founding member of the new music-oriented Equilibrium Concert Series. A strong supporter of spreading string education far and wide, she has worked with young string players in community programs in Chelsea, Lawrence, and Mattapan. As a freelance writer, she specializes in program notes and regularly contributes reviews and articles to the online journal The Boston Musical Intelligencer. 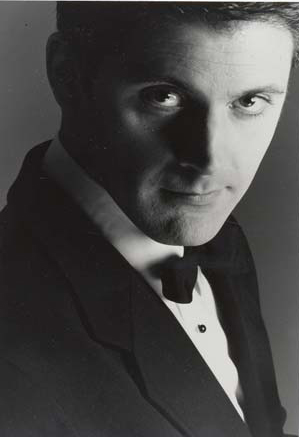 In 2012, Stephen Porter was named artist-resident of the Cité Internationale Des Arts in Paris, and invited to give recitals of the music of Claude Debussy during the composer’s 150th birthday year. His performances of the complete Piano Preludes of Debussy in Paris, in Sarajevo as featured soloist of the 8th Bosnia International Music Festival, and in the United States have been critically acclaimed as “masterful...everything is graceful and appropriate.” Mr. Porter was recently the guest on National Public Radio’s “Diane Rehm Show,” to discuss Debussy’s life and music. He has appeared as soloist at Albert Long Hall in Istanbul, the Rockefeller Foundation at Lake Como, the University of Rio de Janeiro, and LSO St. Luke’s with the Amadeus Orchestra of London. 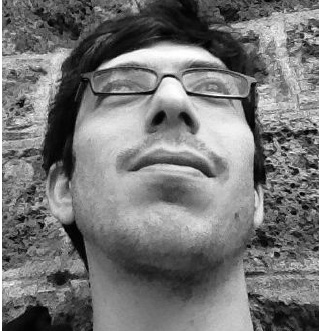 Mischa Salkind-Pearl is a Boston based pianist and composer of instrumental and vocal music. His works have been performed throughout the United States, Japan, Germany, and Italy, and have been featured at music festivals and concert series in Boston, San Francisco, Fairbanks, Tokyo, Freiburg, Pavia, and others. As a pianist, Mischa has performed through the East coast, Oregon, and Tokyo. He has had the privilege of performing several world premieres, including works by composers Justin Barish and Clifton Ingram, as well as his own. Mischa is cofounder and director of the Boston area concert series, Equilibrium. He currently teaches English as a Second Language at the Boston Conservatory, where he is composer-in-residence for the Ludovico Ensemble. 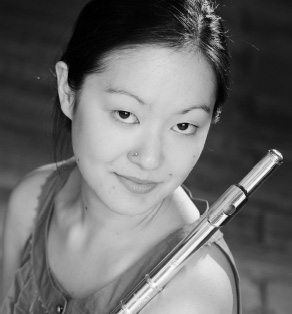 Bethanne Walker is currently pursuing a Graduate Performance Diploma at the Boston Conservatory, where she is a student of Linda Toote. A native of Eugene, Oregon, she began her flute studies at the age of twelve, and studied with Dr. Nancy Andrew, who was a student of the late Marcel Moyse. 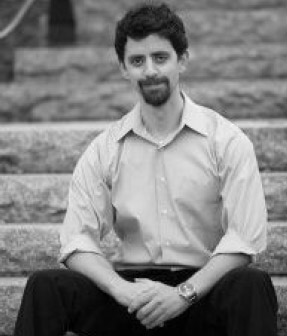 Composer, orchestrator, engraver, conductor, and educator, Christopher Coughlin is an active member of the contemporary music community. Having been hailed as “engaging,” “dramatic,” “epic,” and occasionally “truly odd,” his music is best characterized by an extreme attentiveness to melodic contour and emotional depth. Perhaps more importantly, Mr. Coughlin’s work in music for film and stage productions has given him a unique perspective on the importance of “art music” in modern culture – an awareness that, along with his compositional voice, has led to frequent and numerous commissions. Mr. Coughlin currently holds the positions of Orchestrator and Engraver for The Boston Ballet and maintains a private studio for teaching music theory and composition, as well as following his idealistic nature to work as an EMT. 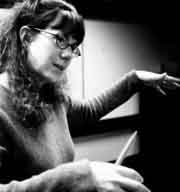 Marti Epstein is a composer whose music has been performed by the San Francisco Symphony, The Radio Symphony Orchestra of Frankfurt, the Pro Arte Chamber Orchestra of Boston, Ensemble Modern, and members of the Boston Symphony. She has completed commissions for the Foxborough Musical Association, the Fromm Foundation, The Munich Biennale, the Iowa Brass Quintet, the CORE Ensemble, Pro Arte Chamber Orchestra, Longy School of Music, the Ludovico Ensemble, Guerilla Opera, and the Callithumpian Consort. Marti has been a fellow at the Tanglewood Music Center and in residence at the MacDowell Colony. Marti is on the Steering Committee for the Boston Modern Orchestra Project Scoreboard and was Composer-in-Residence for the Radius Ensemble. Marti is Professor of Composition at Berklee College of Music and also teaches composition at Boston Conservatory. Citing his most important influences as the Bach Cantatas, Stravinsky (whom he met in Santa Fe in 1963) and jazz, John Harbison's music is distinguished by its exceptional invention and deeply expressive range. He has written for every conceivable type of concert genre, ranging from the grand opera to the most intimate; pieces that embrace jazz along with the classical forms. His prolific, personal and greatly admired music written for the voice encompasses a catalogue of over 70 works including opera, choral, voice with orchestra and chamber/solo works. 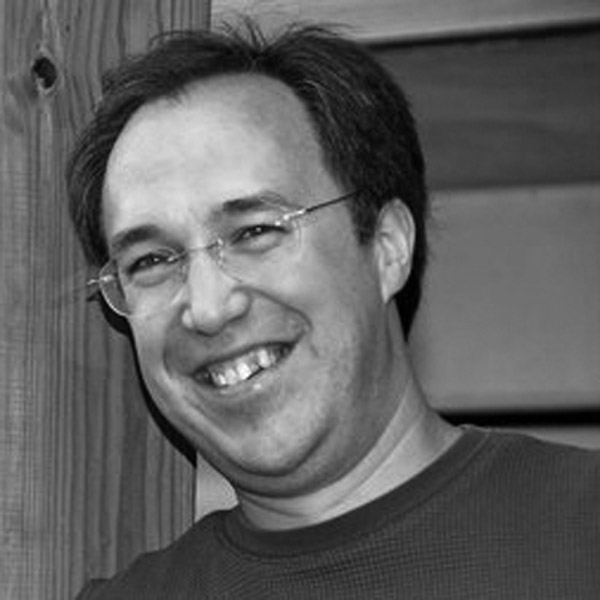 Guest Curator: Bert Van Herck’s music has been performed in the US, and Europe among others by the Nouvel Ensemble Modern, Danish National Vokal Ensemble, Oxalys Ensemble, Garth Knox, Mario Caroli, Orchestre National de Lorraine (France), Jeremias Schwarzer, Ensemble Fa, Spectra Ensemble, White Rabbit, Talea Ensemble, Berten D’Hollander, Ian Pace, Ensemble Mosaik, Arditti String Quartet and Ensemble InterContemporain. He has been an active participant in several summer courses, such as the Acanthes summer courses in France, the Bartok Seminar in Hungary, the International Academy for Composition and Audio Art in Austria, the Wellesley Composers Conference, June in Buffalo, and Domaine Forget, all at which his music has been performed. He has also attended the Summer Course at IRCAM, the Tenso Seminar and the Darmstadt International Courses for New Music. 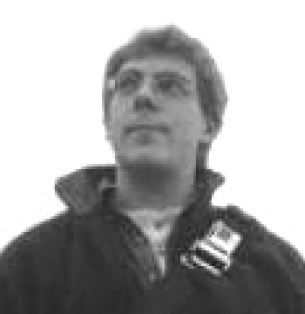 Jason Huffman is a Boston based composer and trumpet player whose works take much inspiration from the interplay of mathematics with the perception of time and sound. His works have been played by the Boston Conservatory Wind Ensemble and Brass Ensemble, Ludovico Ensemble, Juventas New Music, the Devil May Care Duo, Bay Colony Brass, the Equilibrium Ensemble, and Ensemble Interface. He received a Bachelor of Music in Composition and Trumpet Performance from Oberlin Conservatory and a Master of Music in Composition from Boston Conservatory. His primary teachers of composition have included Richard Hoffmann, Curtis Hughes, Dalit Warshaw and Jan Swafford, with additional studies with Andy Vores, Edward Miller, Randolph Coleman, John Luther Adams, Pauline Oliveros, John Adams, Tan Dun and Louis Lane. 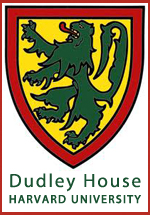 Equilibrium Concert Series, fueled by the energy of a group of composers, performers, and listeners devoted to the limitless possibilities of new music, aims to present a wide array of inspiring concerts to the greater Boston music-loving community. We took shape in 2011, growing out of a desire to provide a forum for the music of emerging local artists as well as for the discussions and connections that the experience of live performance fosters. We seek to enrich Boston’s music scene by presenting new local works and recent masterpieces to collaborators and audience members who are interested in expanding their musical world and their network of like-minded people.