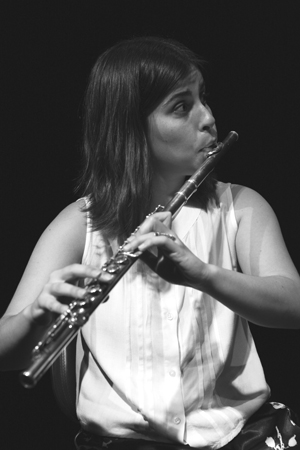 Specializing in chamber music, flutist Maria Carolina Cavalcanti integrates the groups GNU (Modern and Contemporary Music), Ventos do Rio (Flute trio), Impressons Quartet (Instrumental Popular Music), Duo Americas (Flute and Guitar) and Ensemble Jocy de Oliveira (“Revisitando Stravinsky” – 2010 and its DVD – 2011). Performed at Brazilian Biennial of Contemporary Music, at Preludio 21 series, etc. Premiered several pieces of today’s music, some of them dedicated to herself. Recorded and preformed in the release concerts of CD “Sem Espera”, by composer Sergio Roberto de Oliveira at Rio de Janeiro, Amsterdam, London and Manchester. Has a BA in Flute and is Master in Music at UNIRIO, both courses under the orientation of flutist Laura Rónai. 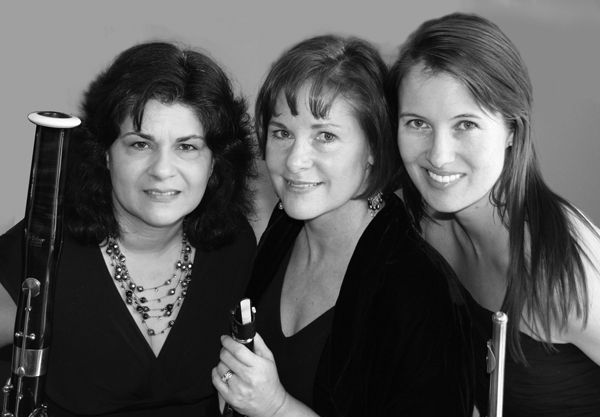 Bella Winds, made up of flute, clarinet and bassoon blends each members extensive careers as professional musicians into a collaboration of full-bodied tones and musical artistry to present a varied and colorful repertoire of chamber music.

Originally formed as a woodwind trio performing from a classical music library tallying over 100 compositions that include styles from 1650 to the present, Bella Winds evolved their musical concept to include crossover music by performing jazz fusion compositions on classical instrumentation. Bella Winds also performs world music that includes Traditional Irish, Traditional Jewish, Ragtime and Broadway. More soon will follow to culminate with the group bringing more enchanting and multifaceted music for woodwind trio to todays audience. 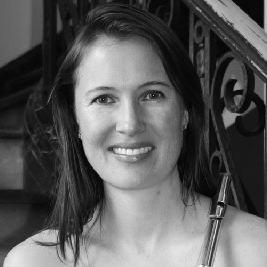 Kirsten Economy, our elegant flutist is a freelancer in the Hudson Valley. She is a graduate of the Eastman School of Music (BM) and the New England Conservatory (MM). She pursued further studies at the Holland Music Sessions in the Netherlands and at West Dean College in Chichester, England. From 2005-06 she was the piccolo player for the Golden State Pops Orchestra in Los Angeles. She has also performed with the New World Symphony, the Boston Philharmonic, and the Heidelberg Castle Festival Orchestra in Germany, among others. She has received fellowships to the Tanglewood Music Center and the National Orchestral Institute and a scholarship to the Aspen Music Festival. Her principal teachers include Bonita Boyd, Jacques Zoon, Paula Robison, and Geralyn Coticone. 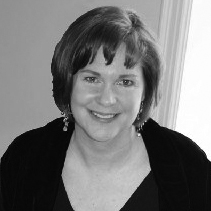 Rachel Grasso, our mesmerizing clarinetist, is a freelance clarinetist, chamber artist and clinician in the Hudson Valley area. Originally from the Houston Texas area, she moved to New York after winning an opening as a clarinetist in the prestigious US Military Academy Concert Band at West Point. Rachel served as principal Eb clarinetist, active in several chamber ensembles, a recitalist, and a frequent soloist with the band during her twenty years of service before retiring in 2009. She earned a Bachelor’s degree in music education from University of Houston and a Master’s degree in performance from Indiana University. Rachel has performed with the Texas Chamber Opera Orchestra, Indianapolis Chamber Orchestra, Hudson Valley Philharmonic, Albany Symphony, Pone’ Ensemble and numerous local chorale orchestras. 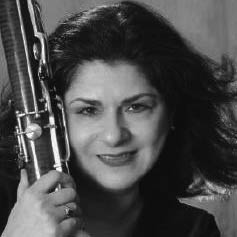 Elisabeth Romano, our groovin' bassoonist, has played as a member with Rochester Philharmonic, San Antonio Symphony, Toledo Symphony Orchestra and Toledo Opera. Since moving to the Hudson Valley region of New York, she has performed with the Hudson Valley Philharmonic, Albany Symphony, Jupiter Symphony and many other freelance ensembles in New York and New Jersey. Elisabeth is a graduate of Eastman School of Music (BM) and SUNY College of New Paltz (BS in Music Therapy). Her reed making company, Reed Expertise, is a leading manufacturer of hand crafted bassoon reeds. Elisabeth is on the faculty of Bard College, Vassar College and the Mountain Laurel Waldorf School. Contact Elisabeth for Bassoon Lessons 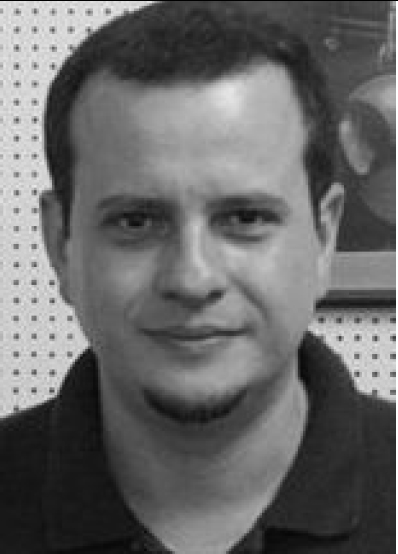 Prelúdio 21’s J. Orlando Alves (Lavras, MG, Brazil) earned his Bachelor and Másters degrees in Music Composition from UFRJ and Doctorate in Creative Processes from UNICAMP. Participated in the Panoramas da Música Brasileira Atual from 1994 to 2010 and in the Bienais da Música Brasileira Contemporânea from 1997 to 2009. Alves has received awards in national competitions including: Primeiro Concurso FUNARTE de Composição Musical (1st Place, Duos), VII Concurso Nacional de Composição de Música do IBEU (1st Place for his work Quantum, for Wind Quintet; and honorable mention at the Concurso Nacional de Composição Camargo Guarnier for his orchestral work Circinus. He became assistant professor of music composition at the Federal University of Paraíba in 2005. He lives in João Pessoa. 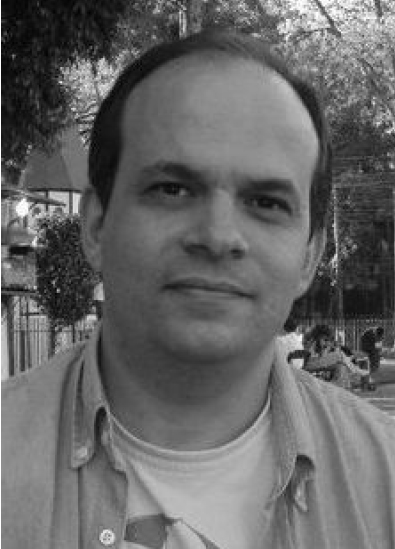 Prelúdio 21’s Marcos Lucas received a PhD in Composition at the University of Manchester. His works have been performed in Brazil and abroad at festivals such as ISCM World Music Days (Ljubliana), State of the Nation (London), Três Cantos (Madrid), Spazio 900 (Cremona), Biannual Festivals of Brazilian Contemporary Music and Panorama of Modern Brazilian Music (Rio) and has been awarded various prizes. His opera “O Pescador e Sua Alma” was premièred in 2006 in Brasília and Rio, with 32 performances. He teaches composition at UNIRIO, where he runs the ensemble GNU. He has lectured on contemporary Brazilian music in Brazil and abroad and is a member of Prelúdio 21. He currently lives in Britain developing a new opera which will be premièred there in April 2012.

Prelúdio 21’s Sergio Roberto de Oliveira studied with composer Guerra-Peixe and got his degree at UNIRIO. Musicians have been commissioned and performed his pieces worldwide in concerts promoted by Prelúdio 21, Handel and Haydn Society, The British Academy of Composers and Songwriters, Composer’s Voice, etc. Sergio has been lecturing in dozens of institutions in US, Netherlands, England and Brazil. He was Artist-in-residence at Duke University in 2009 and nominee for the 12th Latin Grammy (“Best Classical Contemporary Composition”). His discography as a composer has 6 CDs. In 2012 he released 4 new CDs and presented a series celebrating his 15th anniversary as a composer, with 13 concerts in Rio de Janeiro. www.sergiodeoliveira.com 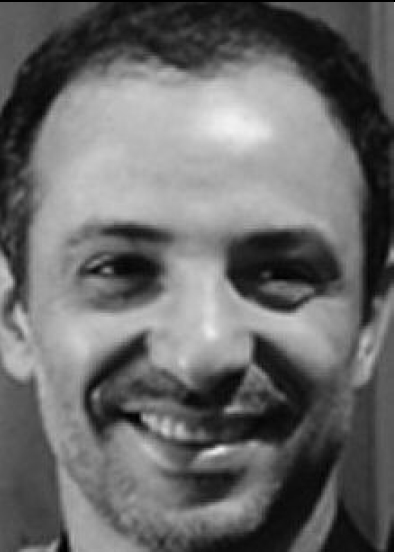 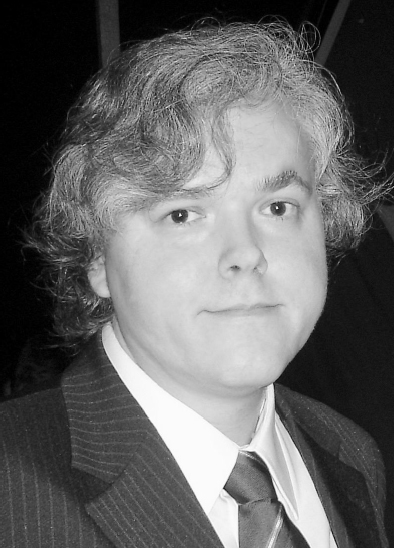 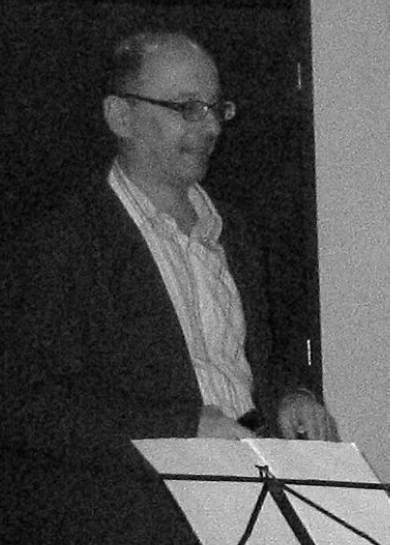 Prelúdio 21’s Caio Senna (São Paulo) holds a Ph.D. in Music at the Federal University of Rio de Janeiro and is currently with Cité Internationale des Arts" in Paris His catalog of compositions containing two hundred works for the most varied instrumentations, with emphasis on vocal music and chamber music in unconventional formations. His piece for solo harpsichord, Delicate Convulsions, recorded by Rosana Lanzelotte, received special mention in the journal Veredas in 1999. In April 2000, the composer released his first CD, First Dialogue. In 2001, his work Pulsar, was ranked first in the National Competition Funarte Composition in String Orchestra. Since 2003 Caio Senna is a member of the group Preludio 21.

Fifteen-Minutes-of-Fame is a collection of 15 one-minute works composed specifically for a performer or ensemble. The purpose of Fifteen Minutes of Fame is to promote a great variety of contemporary music to audiences hungry to hear what living composers are writing today. The project seeks one minute music compositions from composers working in any style and aesthetic. Vox Novus places a call for scores and 15 pieces are chosen from the works submitted. The works are then premiered on the Composer Voice concert series in New York City. The idea grew out of a celebratory concert in 2009 for the birthday of Robert Voisey who is the founder of Vox Novus and known for his 60x60 project.

Composers of the Present In 1998, seven composers decided to join in a group, in order to promote their music and Contemporary Music in general. To do that, they organized concerts and lectures opened to the public with Brazilian and foreign composers. The group has been working widely, since then, becoming one of the most important groups of Contemporary Music in Brazil.

Prelúdio 21 unites composers with different aesthetics, which makes the concerts varied. The members, six presently, are Alexandre Schubert, Caio Senna, J. Orlando Alves, Marcos Lucas, Neder Nassaro and Sergio Roberto de Oliveira. The group has presented its concerts at the most important venues in Rio de Janeiro, such as Theatro Municipal do Rio de Janeiro and Sala Cecília Meireles. Since 2008 the group has a monthly series at Centro Cultural Justiça Federal theater, in Rio de Janeiro, from April to December.

In this series, Prelúdio 21 invites a single group of performers and every composer writes for it. The group also invites composers for their concerts, like Maria Resende (Brasil), Alan Willians (England) and Rami Levin (USA).