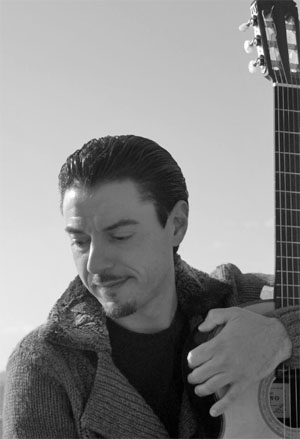 Diego Campagna began studying the guitar at the age of nine, (after listening to a record by the unforgettable Maestro Andrés Segovia), under the Maestro Carlo Ghersi and Mario Senise's direction in Sanremo. Later he continued his studies with the Maestro Davide Ficco at the Conservatoire "G.F. Ghedini" in Cuneo where he brilliantly graduated at a very young age and also obtains the guitar doctorate. From 2003 to 2006, admitted as the only Italian he studied at the Salzburg "Mozarteum" University graduating with full marks (Postgraduate Universitatslehrgang) with the Maestro Eliot Fisk with whom he deepened the technical fundamentals of the instrument and defined his own identity as interpreter of the guitar literature 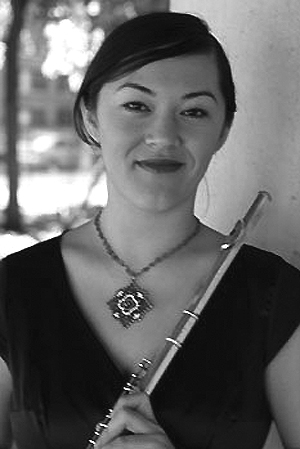 Sarah Carrier, flutist, received praised for combining “thoughtful musicality with virtuosity in her alternately energetic and delicate account of a flute line laden with light multiphonics and unusual timbres.”-Allan Kozinn, NYTimes. As a founding member of Syzygy New Music Collective, she has premiered numerous works, and has made appearances on television and radio. Festival appearances include: Institute and Festival for Contemporary Performance at Mannes, Gaudeamus Vertolkers Concours, and Idyllwild Summer Arts. In 2007 Sarah was a winner of the National Flute Association Masterclass Competition. She is currently a Doctor of Musical Arts Candidate at CUNY Graduate Center. M.M. New York University; B.M. Bob Cole Conservatory at California State University, Long Beach. 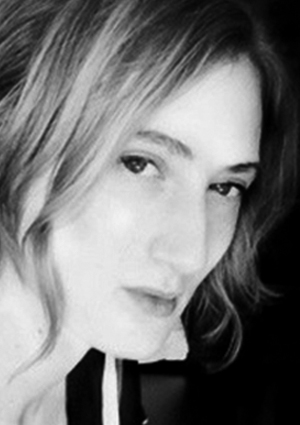 Canadian pianist Andrea Christie is an active soloist, chamber musician and teacher with a passion for new music. She has been a member of NYC-based contemporary ensembles and performed in new music concerts by Stony Brook Contemporary Chamber Players, Mimesis Ensemble, Opus Nine Ensemble, and the International Festival of Contemporary Performance at Mannes. As a recipient of numerous fellowships, Ms. Christie has participated in summer festivals at Tanglewood Music Center, the Mozarteum, Academy Prag-Wien-Budapest and Icicle Creek Chamber Music Institute. Ms. Christie holds degrees from SUNY Stony Brook and the University of British Columbia. Ms. Christie is a doctoral candidate in piano performance at SUNY Stony Brook and is on the piano faculty of Stony Brook University’s Pre-College Division. 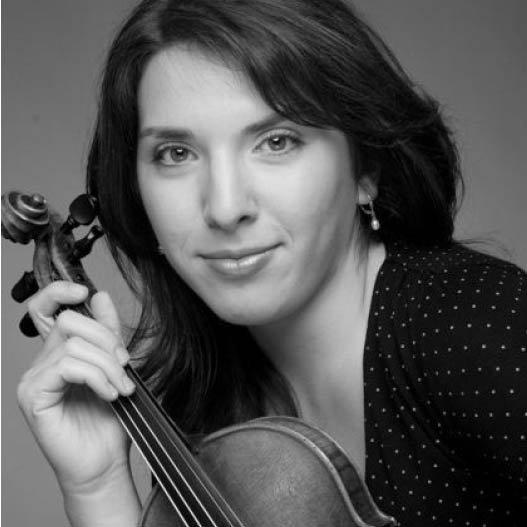 Stanichka Dimitrova’s playing has been described as “wonderfully full in tone and exuberant in performance” by the San Francisco Classical Voice, was a winner of the 2010 Concerto Competition at Stony Brook University, which resulted in a solo performance of the Sibelius Violin Concerto with the SBU orchestra. She has been a First Prize winner in the “Barbara Krakauer Scholarship Award” Competition at the Associated Music Teachers League in New York, “Hopes, Talents, Masters” International Competition in Dobrich, Bulgaria, “Svetoslav Obretenov” National Competition in Provadia, Bulgaria, and was a Top Prize winner of the National Competition for Austrian & German Music in Burgas, Bulgaria. Ms. Dimitrova is a graduate from the Juilliard School. She recently received her doctoral degree at Stony Brook University. 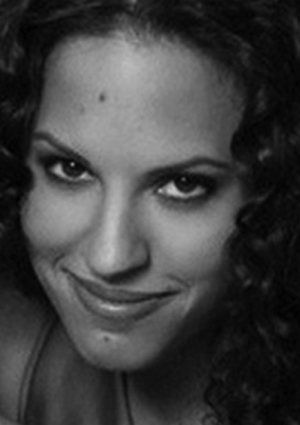 Equally at home with chamber and solo repertoire, clarinetist Crystal Gloria Medina has performed across both coasts of the United States. Solo appearances were made with Ensemble 212, Costa Contra Chamber Orchestra, and UNC Greensboro Symphony Orchestra. Ms. Medina was a two time awardee of the Lilian Fuchs Chamber Music Competition, and a fellow in the Norfolk Chamber Music Festival. Ms. Medina is a member of Ensemble 212 and Opus Nine Ensemble. As an advocator for new music she has performed in the Institute Festival of Contemporary Performance, TACTUS Ensemble, and in CIRCE New Music Festival. Crystal Medina received her Master’s from Manhattan School of Music and Diploma from the Mannes College of Music under the tutelage of Charles Neidich and Ayako Oshima. crystalgmedina@yahoo.com> 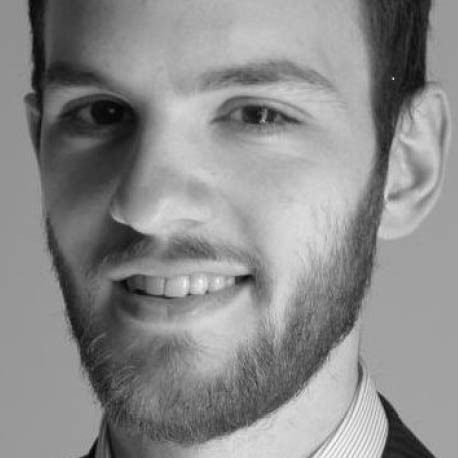 Pianist Noah Palmer enjoys a versatile career as a collaborator, soloist, and teacher. This summer, Palmer joined Opera North as a coach for its Young Artist Program, coaching Mozart’s The Impresario and Rodgers and Hammerstein’s The King and I. Last year, Palmer was a vocal coach for the Novafeltria, Italy-based opera festival Lingua della Lirica, during which he coached and accompanied opera scenes. He has coached the singers of the New York Opera Studio, working alongside language expert Nico Castel. In addition, he maintains a year-round vocal coaching and piano teaching studio in New York. Palmer has performed as a soloist in Spain, China, and the USA, at prestigious venues including the New York Historical Society and the World Financial Center. 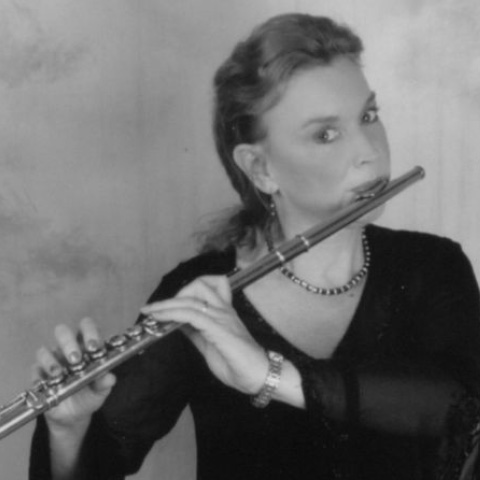 Linda Wetherill is founder/director of www.Counterpoint-Italy.com International competition and festival for new music based in Tuscany and New York, and Professor of World Music, Chamber Music and Flute Studies at Adelphi University. Ms Wetherill has toured as soloist cultural ambassador, collaborating and premiering modern composers' works and researching traditional musics since her selection by U.S.I.S to be featured recitalist for the 40th anniversary celebration in Frankfurt of German-American peace. Hans Stuckenschmidt called her "a brilliant flutist." She was the first American to be honored as featured soloist at the World Peace Festival of Langollen, Wales; and presented the first public concerts for mixed audiences by a woman in Saudi Arabia during her tours of the Middle East. Linda was the first American flutist to tour and teach in Central China. 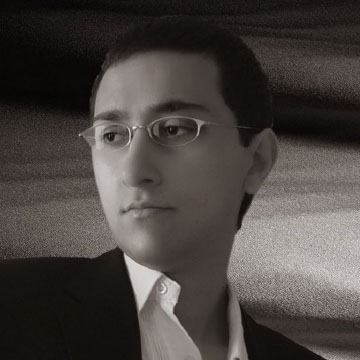 classical guitarist Can B. Bilir has began to play the guitar and to compose in 2000. In 2001 he started to Ankara State Conservatory. One year after he admitted by Bilkent University Faculty of Music and Performing Arts and received the Special Talent Scholarship. He completed high school program and BM degrees in Bilkent University in the Honor List. Bilir has studied composition with Turgut Pöğün, classical guitar with Kürşad Terci and Kağan Korad. He has participated in a large number of master-classes of prominent musicians including David Lang, Al Di Meola, Roland Dyens, Richard Ayres, Andrew York, Costas Cotsiolis, Aniello Desiderio, Marco Socias, Kamran İnce. 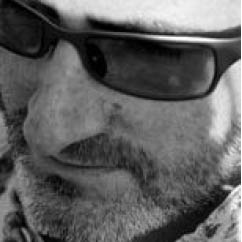 The Irish composer Greg Caffrey read music at Queen’s University Belfast where he studied composition under Piers Hellawell and James Clarke. He was awarded a B.Mus. in 1995 and completed a PhD in 2002. He has won a number of awards and scholarships that include the Hamilton Harty Scholarship, May Turtle Award and an award from the Harrison Foundation. He was a finalist both in the ISME-IVME 2nd International Composition Contest in Brussels in 2008 and in the Taukay Edizioni Musicali International Composition Prize in 2012 and he took first prize at the Concorso Counterpoint, Italy in May 2012. His compositions have been performed in Britain, Ireland, France, Germany, Austria, Argentina, Italy, Belgium, Holland, Sweden, Czech Republic, Estonia, U.S. Bangkok, China and Brazil. 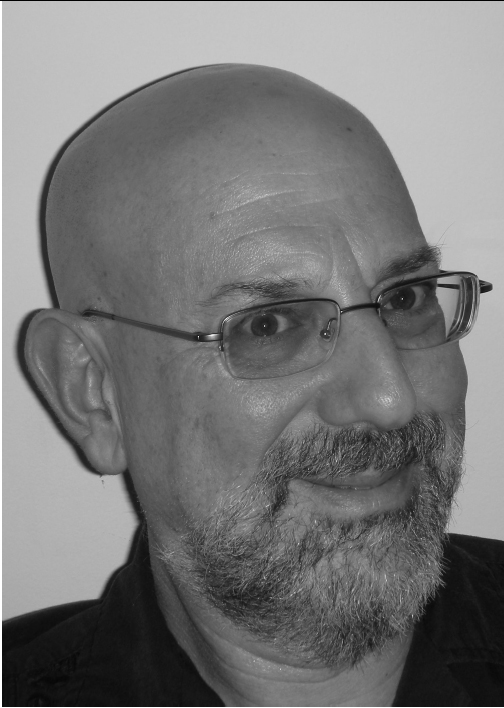 Steve Cohen received his training at the Manhattan, Eastman and Juilliard Schools of Music, and has composed a large catalog of symphonic, chamber, liturgical and musical-theater pieces. His choral music is published by Transcontinental/URJ Press, and his chamber works have been recorded on the Centaur and Eclectra record labels. Dear Old Dad, composed for the documentary My Dad’s Violin starts by spelling the word Dad, with alternating chords of D and A. I also introduce “ABBA,” the Hebrew word for father, with chords of A and B-flat. 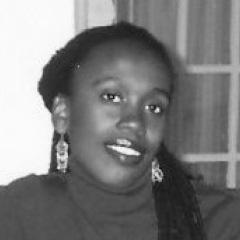 Nailah Nombeko, a native of New York, comes from a musical family. She attended the Preparatory Division of Manhattan School Music, LaGuardia High School (Music and Art) and she received her Bachelor’s and Master’s degrees from Mannes College of Music. Ms. Nombeko is active as a composer. Her works were performed by a variety of ensembles, soloists and choirs such as, the Orfeo Duo (violin/piano), Shannon Roberts, Tiffany DuMouchelle, and Marcia Eckert. Ms. Nombeko’s music has been performed at Symphony Space, Columbia University, as well as other venues in New York City. Her music was featured on Classical Discoveries 103.3 FM and What’s Next Radio 91.1 FM. 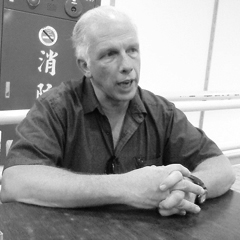 Ken Paoli received his undergraduate training at DePaul University, studying composition with Phil Winsor. His graduate degrees are from Northwestern University, where he studied composition with Lyndon DeYoung and M. William Karlins. He is currently a professor of music at College of DuPage in Glen Ellyn, IL. He has been on the faculty of DePaul University and Western Illinois University where he was the chairman of Music Theory and Composition. His catalog includes music for orchestra, acoustic ensembles, electro-acoustic combinations and computer-assisted compositions. Ken resides in Wheaton, IL and maintains a busy schedule of teaching, performing and writing in the Chicago-land area. 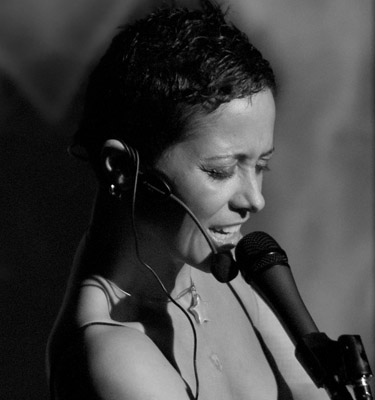