The Public Decides, a collaboration between Erin Bomboy, a choreographer, and Composer’s Voice, an organization devoted to producing short chamber concerts featuring the work of contemporary composers, questions the effect music has on dance.

Can disparate aural soundscapes bring about a divergence of opinions, even if the movement remains unchanged?

Do certain scores elicit deeper and richer performances from dancers?

How does the audience experience dance through music?

We are hoping YOU can help us answer these questions. Please watch the following five videos from our November 18th concert spotlighting dancers Samantha Parsons and Rae Charles. Each video features Erin’s raw and unfinished choreography set to a different musical composition. LIKE the video, which you think best suits the choreography. You can LIKE the video via Facebook or Youtube. Alternatively, email Erin at erinbomboy@aol.com with your choice. Erin would also be pleased to hear any feedback you might have.

The winning piece nets the composer $250 and an opportunity to finish the composition. Erin will reset the current movement to fit the winning composition and complete the piece. The work will premiere in full on Wednesday, January 23rd as part of Movement Research’s Open Performance Series.

Darius Holbert: When At Last I Leapt Into The Jaws

Erin’s Notes: Sam, Rae, and I chose this piece due its narrative structure and rhythmical excitement. We were particularly attracted to the mixture of urgency and mellifluence it brought to their performance.

Erin’s Notes: We felt an intriguing and somewhat creepy relationship developed between Rae and Sam due to the spare intensity of this composition. Rae and Sam both commented they felt a deep and unresolved connection to each other while performing to this piece.

Composer’s Notes: The art of counterpoint is the creation of a parallel world of sound to another."Parallelismi in LA" is a sort of counterpoint to some samples from “De natura sonorum” by the great composer Bernard Parmegiani. The concept of parallelism is also developed and emphasized through the exploration and the reproposition of the note LA in different and parallel timbral worlds. And, if we want, the choreography is in turn a visual counterpoint to the piece and, therefore, another parallelism...

Erin’s Notes: Support, the concept that music can make you dance better, came up repeatedly during our rehearsal process. We felt this piece enabled Sam and Rae to dance expansively and flow easily between the choreographic elements due to its undeniable warmth and vocalized sections.

Composer’s Notes: "This is how we do Handel." - EMR
Discombra is a based on an aria from Handel's opera "Xeres" called "Ombra mai fu"

Erin’s Notes: This piece really stood out because of its tonal, poppy feel, which made for an uplifting experience. Rae, Sam, and I felt the choreography took on a completely different character when performed to this composition.

Composer’s Notes: I read the synopsis of the book “the wisdom of crowds”. From that I had this strong vision of polar views... Expressed by various bodies... so to depict this I use a lot of Left/right spatial play in the music. I interpolate initially right then left or vice versa. The feel is very much in my style of “Progressive” music. I think it's quite likely that one can hear influences like Alan Parsons and Peter Green effusing from the work.! The Piece is mid pace and strong in contrast. This is so that the choreographers can use such contrast to their advantage to construct a powerful cohesive visual over the duration of the piece.

Erin’s Notes: Sam, Rae, and I took an immediate shine to this piece. The opening section is crystalline, with ample space to move between the notes. When the piece gets going, its high energy and quirkiness proved delightful to Rae and Sam.

Composer’s Notes: The piece was composed during an October 2012 residency at Goldwell Open Air Museum. Goldwell is located at the ghost town of Rhyolite (NV), but the barn in which I composed the piece is located at the nearby ghost town of Bullfrog. I recorded samples of 50 glass bottles that have been left by miners in the area (the Bullfrog Mining District boomed in 1905-08). Remnants of an icehouse, jail, bottles and memories are all that still exist at Bullfrog. 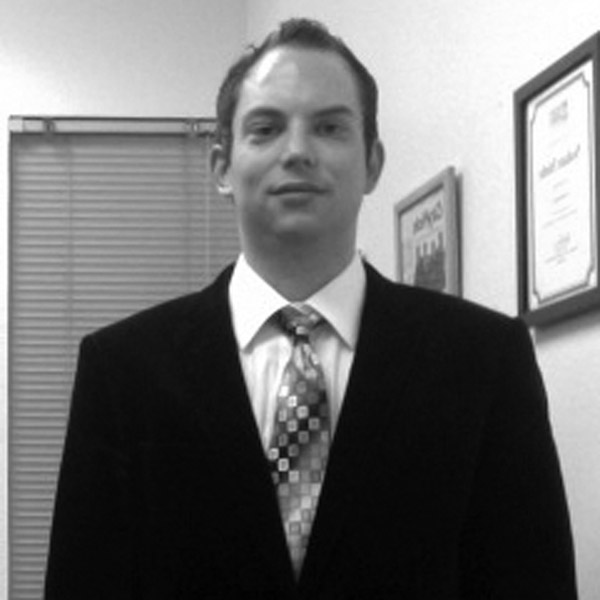 Nolan Stolz is a composer living in his hometown of Las Vegas, NV. He has a unique compositional voice, one that is clearly influenced by his performance background in jazz and progressive rock, yet firmly rooted in the contemporary classical tradition. His music has been performed throughout the United States, Canada, South America, and across Europe, including festivals such as the Academie Internationale d'Ete de Nice (FRANCE), Suolahti International Summer Music Festival (FINLAND), Electronic Music Midwest, Electroacosutic BarnDance, Belvedere Chamber Music Festival, Electroacoustic Juke Joint, eXtensible Electric Guitar Festival, Las Vegas International New Music Festival, Las Vegas Music Festival, Music Today Festival, Oregon Bach Festival, and at several College Music Society Conferences. He has been commissioned by the Alturas Duo, CCSU Chamber Players, Synchronix, LVA Jazz Ensemble, Las Vegas Music Festival Orchestra, SUNY-Stony Brook, Tom Peters, Aaron Larget-Caplan, Mark McArthur, Leslie Ann Leytham, Robert Plotkin, Stephen Tobin and Peter Scuderi. He has received several awards, including the Max DiJulio Composition Prize. He has received several grants including two Jackpot Grants from the Nevada Arts Council, an artistic grant from the Evelyn Preston Fund, and others. Dr. Stolz has been a faculty member at two community colleges in Connecticut, at the University of South Dakota, and at the University of Nevada, Las Vegas. From Fall 2012 to Spring 2013, Stolz will be composer-in-residence at the Prairie Center of the Arts (IL), Osage Arts Community (MO), Goldwell Open Air Museum and Residency (NV), Virginia Center for the Creative Arts, and at the Sitka Center for Art and Ecology (OR).