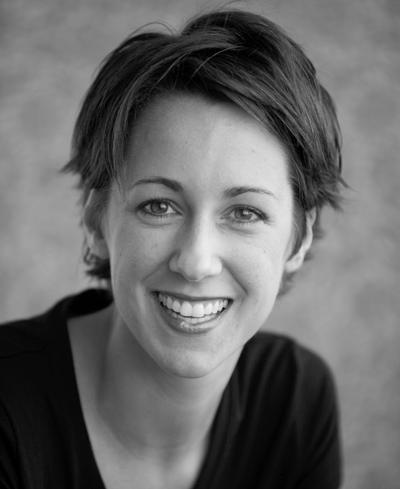 Melanie Aceto is a modern dancer and choreographer whose work has been presented in festivals in Guatemala, Toronto, Germany, Kentucky, New Jersey, Florida, Ohio, at Jacob’s Pillow Dance Festival and in numerous venues in both Upstate NY and New York City. She has worked with contemporary composers Marc Mellits, Ping Jin, Evan Johnson and extensively with Mark Olivieri. Her creative interests are in contemporary choreography and improvisation. Her research interests include investigating models for teaching dance composition and modern technique. She earned her Master of Fine Arts degree in dance from New York University's Tisch School of the Arts and currently teaches at the University at Buffalo. www.melanieacetocontemporarydance.com 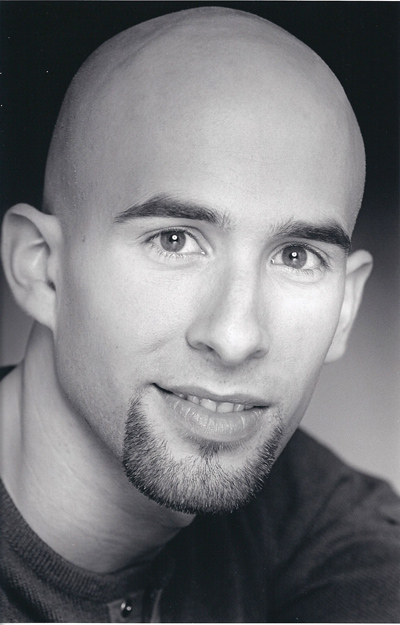 Joe Celej has performed around the world for the past 6 years as a member of the internationally renowned Elisa Monte Dance, based in NYC. Joe has created four works for the company, including …the heart…, which premiered at the Joyce Theater in March 2011. As a former resident choreographer and dancer of the Houston Metropolitan Dance Company, Joe has since created critically acclaimed works for HMDC, the most recent, Before All This, premiered in April 2012. When he is not in performance, Joe travels as a guest teacher/choreographer for a wide range of private and public schools, which most recently include Salve Regina University, SUNY at Buffalo, and HSPVA. Joe is a recipient of a 2010 Presidential Scholar Teacher Recognition Award from the US Department of Education. 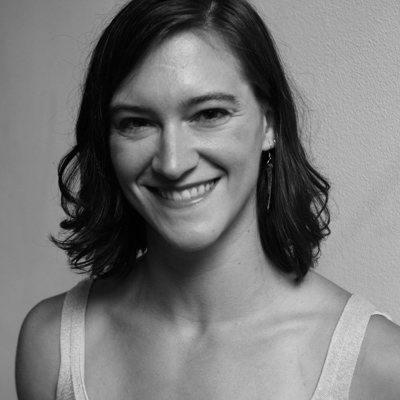 Hannah Seidel studied dance at Interlochen Arts Academy, New York University, and Pomona College, from which she received her BA. She has danced for Erica Essner, James Hansen, Chris Ferris, Akiko Furukawa, Née Danse, From the Horse's Mouth, and Gibney Dance, where she also lead workshops helping domestic violence survivors find relaxation and joy in movement creation. Teaching credits include NYU's Tisch, Interlochen, and Pilates certification. Hannah served as content advisor for the book Dance: A Practical Guide to Pursuing the Art, and presented at the National Dance Education Organization conference. Her choreography has been shown in states around the country, most recently at the College at Brockport, SUNY, where she served as a Graduate Teaching Assistant and completed her MFA. 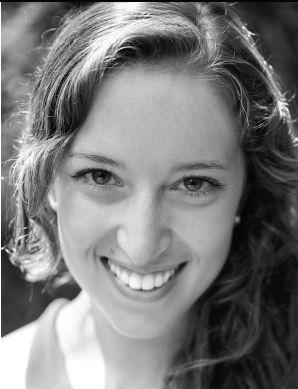 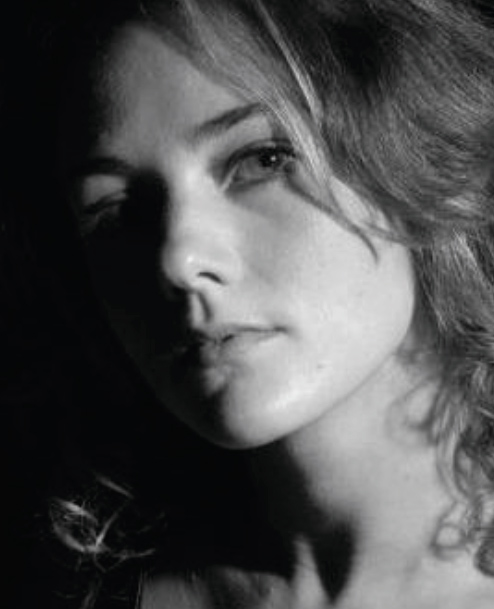 Courtney Drasner grew up in Minnesota and later received a BFA in dance from NYU. Since graduating, she has been fortunate enough to work with a variety of choreographers including Gina Gibney, Alex|Xan Dance, Max Stone, Erica Essner, and Jordana Che Toback. This is her second project with Hannah, and she is thrilled to be a part of it! Lauren Garson is originally from Pittsburgh, PA. Upon graduating from Point Park University with a BFA in Dance, she was a four-year company member of the Houston Metropolitan Dance Company in Houston, TX. Now living in New York, Lauren has performed with Stefanie Nelson, Johannes Wieland, Ben Munisteri Dance Projects, Davis Freeman, and the Limón Institute. She is currently an apprentice with Parsons Dance. Lauren is STOTT PILATES® certified, teaching private and group classes at Pilates on Fifth in midtown. 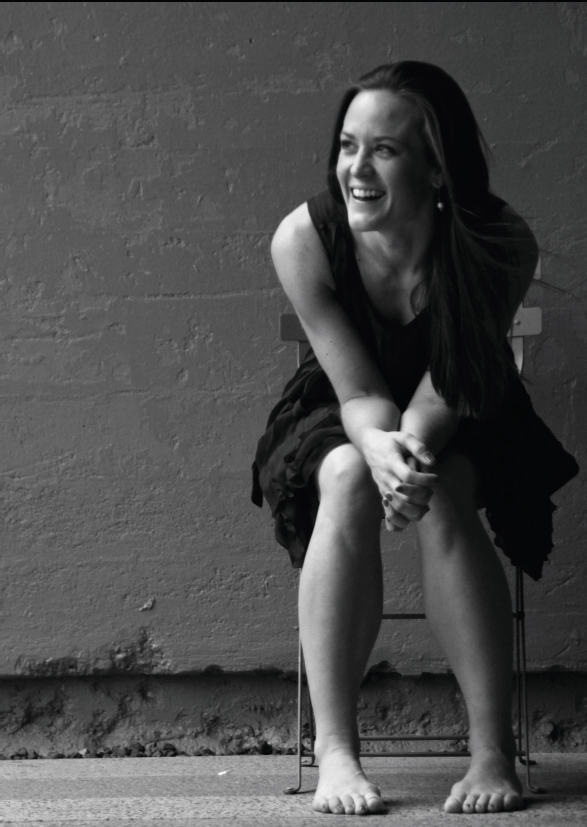 Lauren is originally from Pittsburgh, PA. Upon graduating from Point Park University with a BFA in Dance, she was a four-year company member of the Houston Metropolitan Dance Company in Houston, TX. Now living in New York, Lauren has performed with Stefanie Nelson, Johannes Wieland, Ben Munisteri Dance Projects, Davis Freeman, and the Limón Institute. She is currently an apprentice with Parsons Dance. Lauren is STOTT PILATES® certified, teaching private and group classes at Pilates on Fifth in midtown. 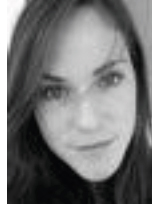 Brigid Gillis, a native Long Islander, has had the privilege of performing in Carnegie Hall, Lincoln Center, NYU, and the Tiles Center with the Donny Golden School of Irish Dance. Gillis has studied with Gallim Dance Company, performed Larry Keigwin's piece "caffeinated;" “Club!,” an original work by Dianne McIntyre; and “Possible Weather,” a site specific piece by Monica Bill Barnes. After graduating in 2011 with her BFA in Dance from The College at Brockport, SUNY, Gillis has danced for Zehnder Dance and Darrah Carr Dance, toured with the Andy Cooney Band as a professional Irish Dancer, and worked with Alex Springer and Xan Burley in a dance for film project filmed at Dead Horse Bay in Brooklyn. 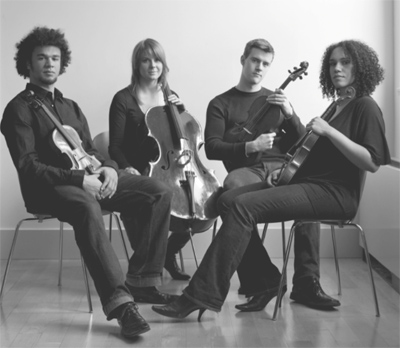 Formed in 2010, PUBIQuartet injects fresh perspective into the world of Classical music.Graduates of The Juilliard School, Eastman School of Music, and Mannes College of Music, each member contributes to a collective background in classical, jazz, world and electro acoustic performance. They aim to present music from the classical cannon, contemporary compositions, and open-form improvisations which extend the stylistic norms of the traditional string quartet. PUBLIQuartet have performed at such venues as Lincoln Center, the WMP Concert Hall, Cornelia Street Cafe, Norwalk Symphony Hali, and numerous historical community spaces in NYC. PQ supports their artistic community by presenting New York City’s emerging and established composers, as well as providing educational workshops to teach string improvisation. 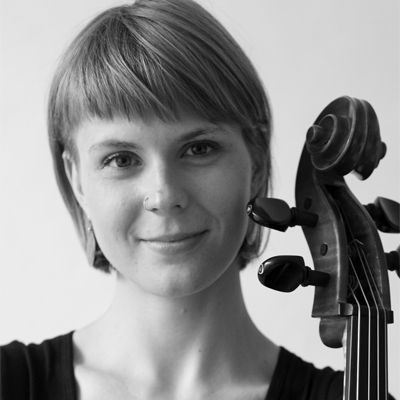 Cellist Amanda Gookin is a teacher, chamber musician, and soloist living in New York. She received her Bachelor of Music from the Mannes College of Music and upon graduation spent two years as a performing cellist in Barcelona, Spain. In addition to being cellist and co-founder of PUBLIQuartet, Amanda is Program Director of the classical music series “Cafe de Concert”, held monthly at Caffe Vivaldi. She is also actively involved in writing and performing music for live theatre productions. Most recently her music has been featured on stage for Mortal Folly Theatre's production of Macbeth, A Midsummer Night's Dream, Brave New World Repertory's The American Clock, As You Like It, and the Bushwick Shakespeare Repertory's productions of Romeo and Juliet and As You Like It. 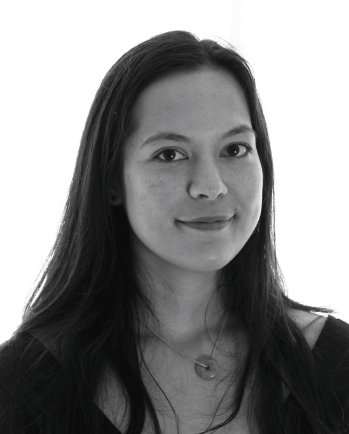 Patti Kilroy is a modern-minded violinist based in New York City. Her flute-violin-cello-percussion quartet Cadillac Moon Ensemble has commissioned over two dozen works to date. As a freelancer she plays with groups like Alarm Will Sound, Newspeak, Signal, Argento New Music Project, W4 New Music Collective, Wordless Music Orchestra, The Circles and Lines, The Knights and DETOUR New Music among others. She recently finished her MM in music performance at NYU where she enjoys playing new music, exploring the library and studying with her teacher Naoko Tanaka. She will begin doctoral studies at NYU next fall. Read more at pattikilroy.com. 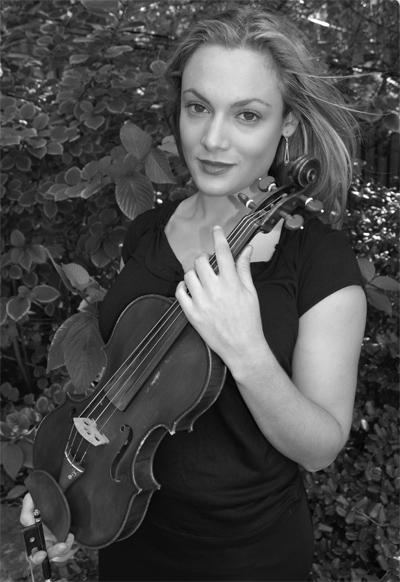 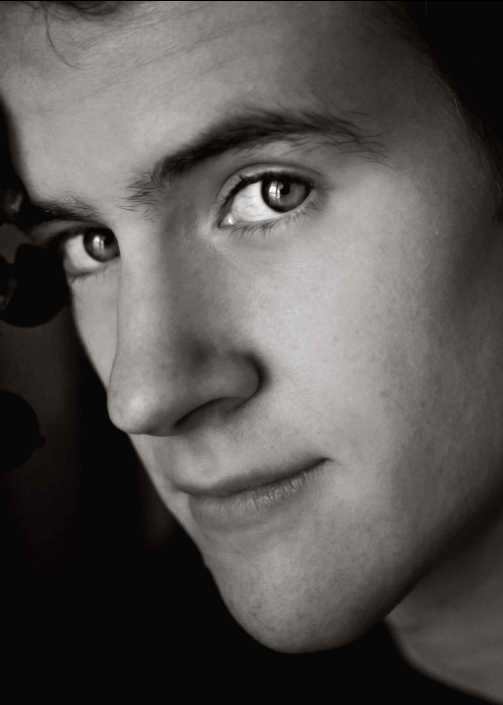 Nick Revel received his Bachelor’s of Music in viola performance from the Eastman School of Music studying under John Graham. He has performed in Berlin Germany, Tokyo Japan, in the Rochester International Jazz Festival, and in concerts all over New York City. As violist and founding member of PUBLIQuartet, Revel has coached at the Juilliard Quartet Seminar and at the Deer Valley Contemporary Music Festival with Joan Tower and the Muir Quartet. As a budding composer, he has been commissioned to write original works for the New York Viola Society and choral works for the Xoregos Performing Company. His music has been featured in concerts with the Norwalk Symphony Orchestra and with PUBLIQuartet as well as the Silver Bay Concert Series in Silver Bay, NY. 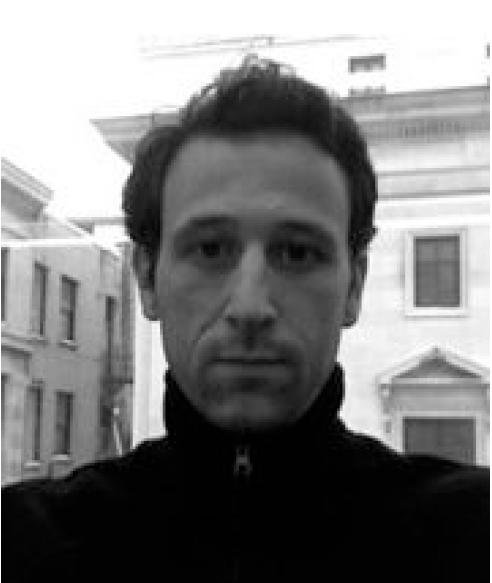 Mark Olivieri is Assistant Professor of Music at Hobart and William Smith Colleges. He has played and composed for luminaries like the Jose Limon, Sean Curran, Doug Varone, and Shapiro and Smith Dance Companies. Olivieri is Artistic Director of the Vision of Sound New Music and Dance Festival, and Assistant Director of the Musselman Arts Triathlon; an annual twelve hour arts performance at the Smith Opera House in Geneva, NewYork. Olivieri has received numerous commissions from various performers and ensembles. His recent work, Stress Test for piano concertino, was commissioned and performed by the acclaimed Society for New Music. His most recent commissions include a triptych of encore pieces which were premiered and recorded by the Tangletown Trio in Seattle Washington in January of 2011. 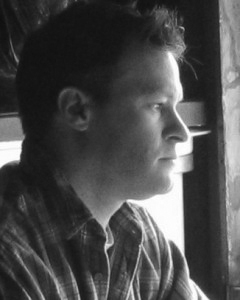 Exploring amalgamations of contemporary, rock, jazz, pop and electronica, Doug Opel’s music has been sought after and performed by pianist Robert Satterlee, Kronos Quartet cellist Jeffrey Zeigler, Vox Novus, Keys to the Future, Vision of Sound, MATA, the Duquesne Contemporary Ensemble and the Fort Wayne Philharmonic. He is a 2003 recipient of the Aaron Copland Award and winner of the Definiens Project’s 2009 Composition Competition Competition. In 2008, Doug's "3 preludes to missing the point" was released on the Innova label as part of a larger collection of piano works commissioned and performed by pianist Nicola Melville. In 2012, his “Dilukkenjon” for 2 pianos will be released on American Modern Recordings and receive is Russian premiere in St. Petersburg by Duo Petrof. 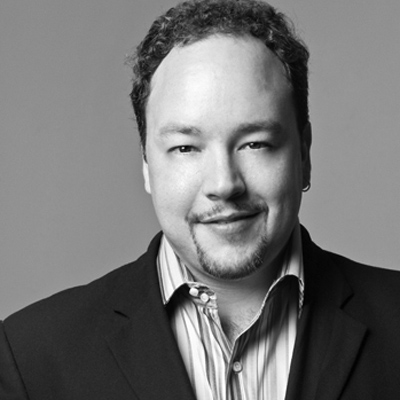 Composer Robert Paterson's music is primarily influenced by nature, visual art and machines. His music is inspired by everything from the changing seasons to Dalí's melting clocks. Paterson is currently Music Alive composer-in-residence with the Vermont Youth Orchestra, sponsored by New Music USA and the League of American Orchestras. Honors include the Composer of the Year Award from the Classical Recording Foundation, the Copland Award, and awards from ASCAP, Meet The Composer, American Music Center and the American Composers Forum. He has received fellowships to Yaddo, the MacDowell Colony and the Aspen Music Festival. His music has been performed internationally by numerous orchestras, chamber ensembles and choirs. Paterson appears on recordings for Mode, Centaur, Capstone, Riax and American Modern Recordings. For more information, visit robpaterson.com.

Vox Novus promotes contemporary music and its creators through concerts, recordings, publications, broadcasts, and online publicity. Vox Novus believes strongly in the intrinsic value of contemporary music, recognizing it as a force in the advancement of culture and art. Our goal is to keep music alive by strengthening the connection between composer and audience, providing greater exposure to new music.
Home Calendar History Opportunities Vox Novus Site Map Contact Hosted by Malted/Media and Kalvos & Damian's New Music Bazaar