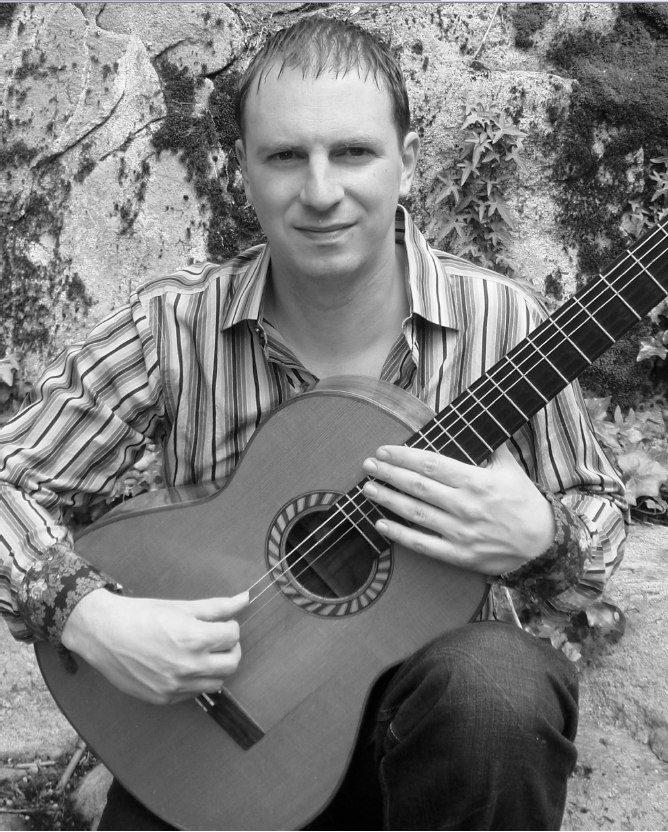 Greg Baker is an active guitarist performing and recording in settings from solo classical and electric guitar to chamber music to genre bending rock infused aggression. As a solo artist, his recordings include Scars, Wounds, and Lacerations - The Guitar Music of Gene Pritsker (2008) and Latin American Guitar Music (2002) and chamber recordings: Guitar with Flute, Mandolin, Violin and Recorder (1995). Greg Baker is a member of Sound Liberation an eccentric rock/hip-hop /classical/jazz/ worldmusic/ techtronic influenced band. He won Artists' International’s Young Artist Auditions Chamber Music Award in 1994 after studying with Brazilian guitar master Carlos Barbosa-Lima at the Manhattan School of School. He is a published arranger with 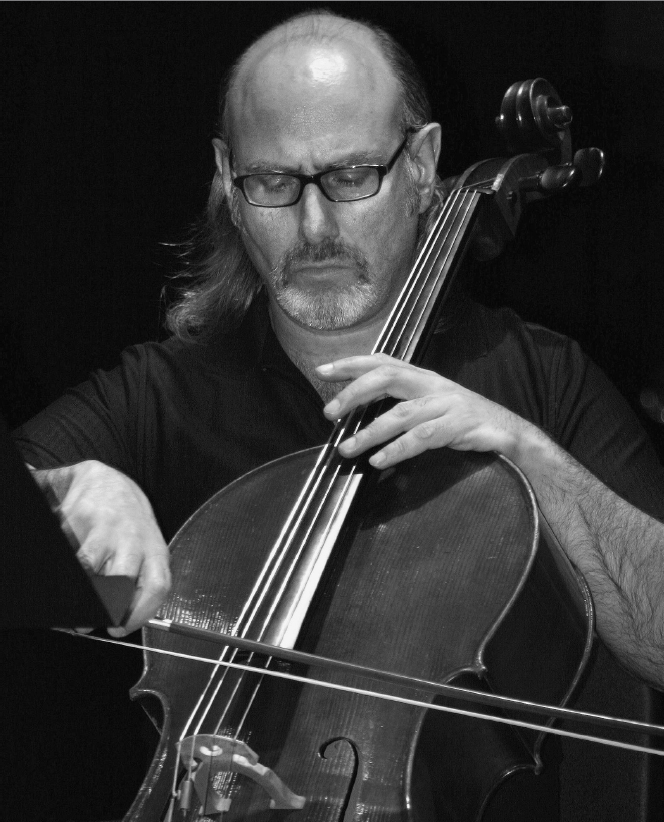 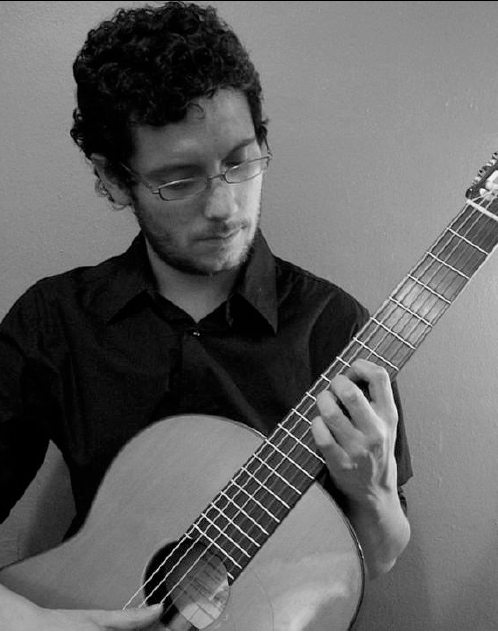 Daniel Forero is currently a candidate for the Master of Music in Classical Guitar at the Manhattan School of Music under the guidance of Mark Delpriora and recipient of the full scholarship Young Talents (2008-2010) granted by the Bank of the Republic of Colombia for postgraduate studies abroad. He obtained his bachelor’s degree (2005) at the Superior Academy for the Arts of Bogotá (ASAB) with Colombian guitarist Irene Gomez. Through his work with the guitar in different genres and formats, both as a soloist and chamber musician, he has become close to composers of national and international stature as well as given presentations and recitals both as a soloist and camber musician in Argentina, Peru, USA and Brazil, including several of the major Colombian cities. 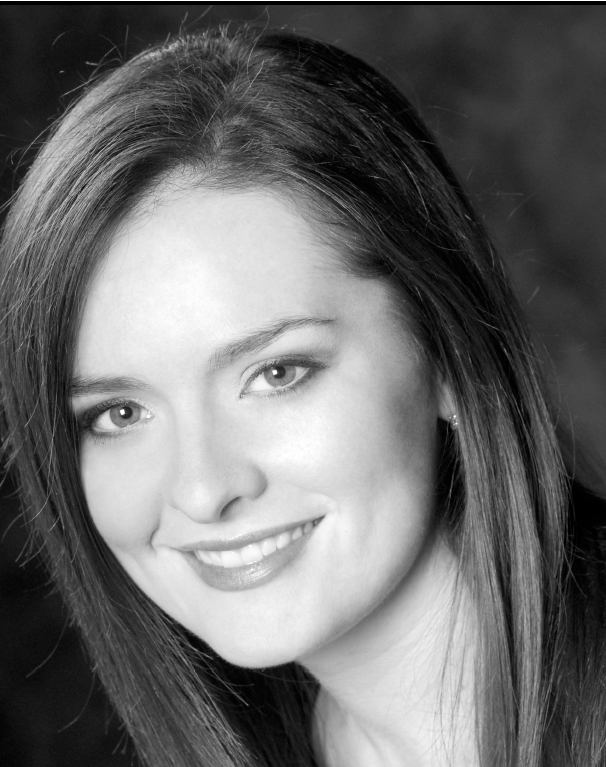 Laura Mitchell is a California born soprano and recent graduate of CCM in Cincinnati, Ohio. She obtained an Artist Diploma there and performed as Fiordiligi in Cosi fan tutte, Musetta in La Boheme, and Alcina in Handel's Alcina. Ms. Mitchell recieved her B.A. from UC San Diego, where she performed many times as a soprano soloist with the La Jolla Symphony and Chorus, the Bach Collegium, and a world renowned percussion ensemble based out of the university, as well as performing in Le nozze di Figaro as Susanna, and as Mlle. Silverpeal in the Impresario. She has been a member of the Sarasota Opera Apprentice Program, the International Vocal Institute in Croatia, and Oper Schloss Laubach in Germany.

After hearing friends playing in 1990, Kurt Toriello picked up his father’s guitar and has been playing ever since. Largely selftaught, he began formal training in 2002 with Franco Platino and was accepted into the 7th annual Manuel Barrueco Masterclass at Peabody and the 2nd Annual New York Guitar Seminar at Mannes that summer. Mr. Toriello completed the BM degree from Mannes under Michael Newman and Fred Hand and MM degree from Manhattan School of Music under David Leisner. Mr. Toriello has performed at such venues as the Queen Sofia Spanish Institute, St. Peter’s Church, The Monkey, The American Jewish Historical Society and Carnegie Hall. He was featured in the September 2009 Classical Guitar Magazine’s Letters from New York. 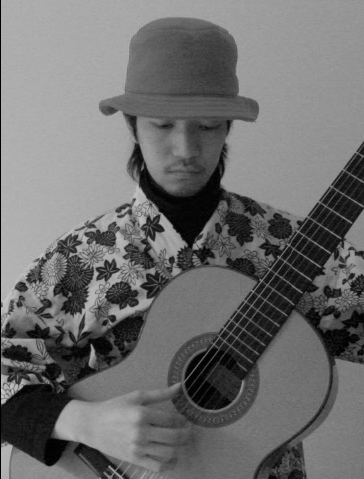 Guitarist Kai Watanabe started playing guitar when he was 10 years old. He is currently studying as a classical guitar major at the Manhattan School of Music. In 2005, Kai had visited Cambodia as a reporter for “Medicins Sans Frontiers”. Having spent time with children orphaned by that country’s civil war, teaching them Japanese, English and guitar he wanted to expand his experience and “I started to think how I could share with the children I met there. I have been seeking the way within the sounds!” 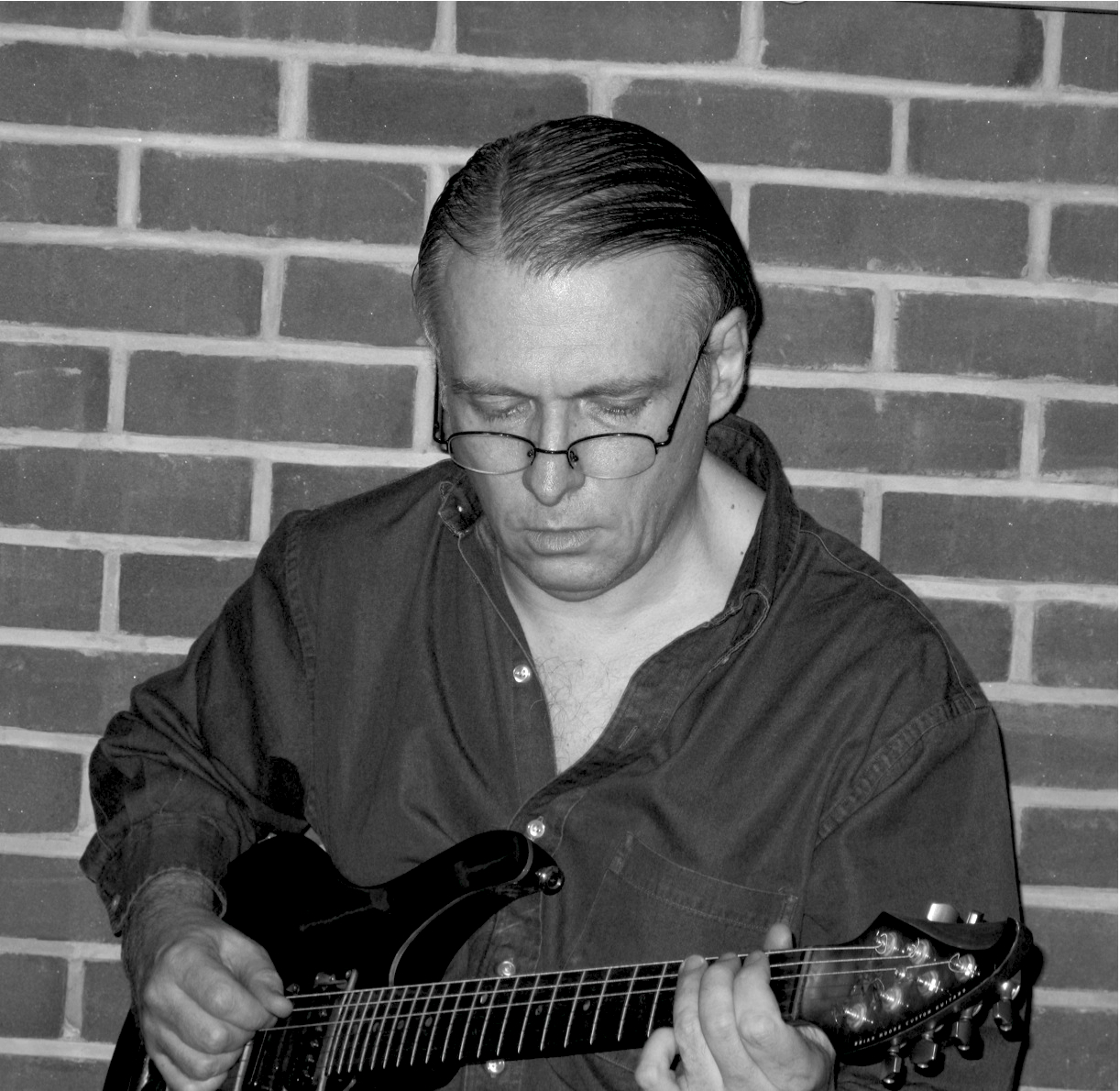 Artistic Director of the Composer’s Voice concert series, Douglas DaSilva is a composer, guitarist, educator and curator in New York City. He composes in various styles including jazz, pop, children’s music, chamber music and experimental. Much of his writing is influenced by Brazilian music and self-inflicted stress. Douglas DaSilva’s compositions have been described as “very individual, and to us has a very clear personality” by Duozona in Classical Guitar Magazine. His pieces Sarabande; How to Build a Totalitarian State and Contrails have been included in 60x60 projects. His electronic piece Camp des feuilles will be premiered at the 2010 International-Computer-Music-Conference.. 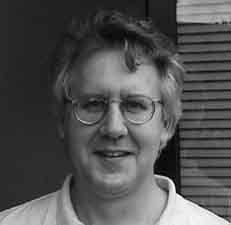 David Hahn, composer, creates diverse pieces of music ranging from the experimental sounds of processed electric guitars to music concrète sound collages to more traditional settings featuring instruments and voices. Educated at Brown University, the New England Conservatory of Music, and the Guildhall School of Music and Drama in London, Mr. Hahn received the doctorate in historical musicology at Stanford University in 1993. Mr. Hahn’s music has been performed throughout the United States, and internationally in Canada, Chile, Turkey, Croatia, Cuba, France, Germany, Cyprus and Bolivia. It has been released on Centaur Records and is regularly broadcast on the radio. His compositions have been published by Doberman- Yppan, Clear Note, C. Alan, and Yelton Rhodes.

Estonian composer Arvo Pärt’s musical education began at age 7, and by 14 he was writing his own compositions. While studying at the Tallinn Conservatory it was said of him that: "he just seemed to shake his sleeves and notes would fall out". Pärt's oeuvre is generally divided into two periods, and he is best known for his more recent works. The early works range from neo-classical styles influences by Shostakovich and Prokofiev. The latter period was radically different. Pärt describes it as tintinnabular : as like the ringing of bells, characterised by simple harmonies, single unadorned notes, or triad chords which form the basis of western harmony. Pärt is unusual for a modern composer in that he is very popular in his own lifetime. 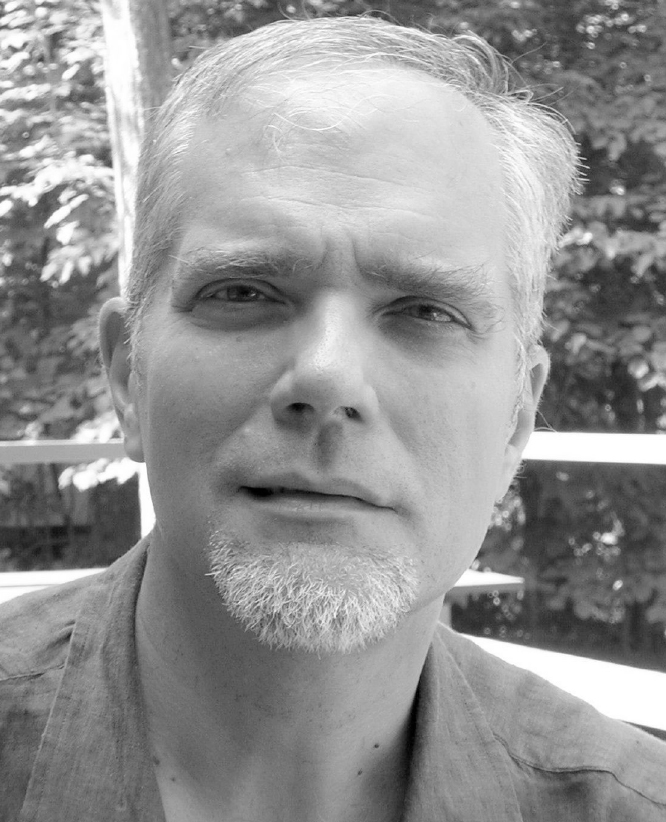 Joseph Pehrson, composer-pianist, (b. Detroit) has written works for a wide variety of media and they have been performed at numerous venues including Merkin Hall, Weill Recital Hall, Symphony Space in New York and throughout the U.S., Eastern Europe and Russia. Since 1983, Pehrson has been a founding director of the Composers Concordance in New York. He studied at the Eastman School of Music and the University of Michigan (Doctor of Musical Arts 1981). Pehrson visited St. Petersburg and Moscow, Russia, in March 2008 for a series of concerts. Pehrson has works recorded on Capstone and New Ariel CDs and several pieces published by Subito Music. 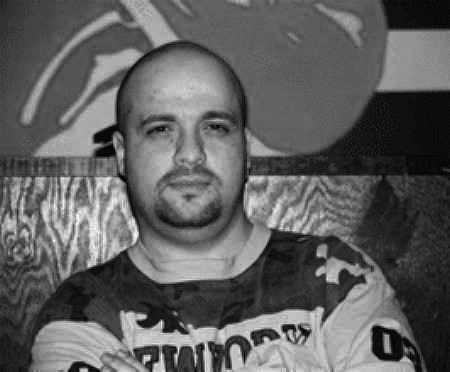 Composer/guitarist/rapper Gene Pritsker has written over three hundred fifty compositions, including chamber operas, orchestral and chamber works, electro-acoustic music, songs for hip-hop and rock ensembles, etc. All of his compositions employ an eclectic spectrum of styles and are influenced by his studies of various musical cultures. He is the founder and leader of Sound Liberation, an eclectic hiphop-chamber-jazz-rock-etc. ensemble who have released a cd on Col Legno Records. Gene's music has been performed all over the world at various festivals and by many ensembles and performers, including the Adelaide Symphony, The Athens Camarata, Brooklyn, and Berlin Philharmonics. He has worked closely with Joe Zawinul and has orchestrated major Hollywood movies. 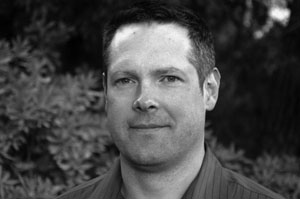 Sean Varah is a composer and entrepreneur. He holds degrees from Stanford and Columbia University, where he received his Doctorate of Musical Arts. He studied electronic and traditional composition with Mario Davidovsky. In 1993, he had his Carnegie Hall debut with the premiere of Burning, for orchestra, commissioned and performed by the New York Youth Symphony. In 1994 he designed and constructed the Harvard Computer Music Center, and taught there until 1997. His commissions include the Canada Council, the Fromm Foundation at Harvard, and the Canadian Broadcasting Corporation. He is CEO of MotionDSP, a software company which makes "CSI-style" video reconstruction software for law enforcement and government markets.

Vox Novus collaborating with the Remarkable Theater Brigade and Jan Hus Church to produce a monthly concert series promoting the chamber works of contemporary composers. An opportunity for contemporary composers to express their musical aesthetic and personal “voice” created in their compositions.

Vox Novus understands that without the creation of challenging, contemporary music there will be no future masterpieces to reflect our time. Exciting new music is being composed constantly and must be heard in order to complete the cycle of creativity. Vox Novus gets contemporary music heard: in concerts; over the radio; CD’s and on the Internet.

While artists have always struggled to create and promote their art, one may argue that the situation is now more precarious than ever. Today's economic climate is competitive , and emerging composers inevitably act as their own writer, producer, publicist, agent, and sometimes performer. This daunting array of tasks overwhelms many composers. Vox Novus helps emerging composers face this challenge helping them to promote their music, expand their audience, and advance their career.

Recognizing that a major obstacle for composers is finding performances, Vox Novus develops and produces concerts. These concerts expand the audience for new music beyond the established music community. Vox Novus concerts aim to build a new repertoire by creating friendly, approachable listening environments that integrate a growing body of contemporary composers.

Support from the Puffin Foundation “…continuing the dialogue between art and the lives of ordinary people.”

The Composer’s Voice Concert Series is an opportunity for contemporary composers to express their musical aesthetic and personal “voice” created in their compositions. Vox Novus collaborating with the Remarkable Theater Brigade and Jan Hus Church to produce a monthly concert series promoting the chamber works of contemporary composers.

Vox Novus is a collective of composers, musicians, and music enthusiasts collaborating together to create, produce, promote, and enjoy the new music of today. Our members are from a variety of composers committed to the creation and dissemination of new music. Their music is of a variety of styles, aesthetics, and ideologies. Vox Novus produces and promotes new music. They are dedicated to contemporary music, the musicians who perform, and the composers that write the music of today. Their mission is to cultivate a music community and make their work available to the greater public.

You were welcome here long before you arrived!