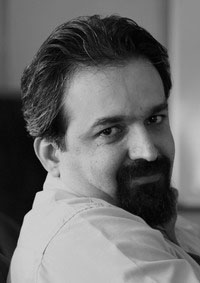 Shaahin Mohajeri believes that 96-EDO (96 equal divisions of octave) is a good system for intervallic structure of Persian music with more accurate estimation than ali naqi vaziri's 24-EDO system. Now, He is working on a microtonal notation system based on 96-EDO and on a model for tuning systems classification based on divisions of octavic or nonoctavic musical scales and systems.

Microtonalist Aaron Krister Johnson in his interview with tokafi Called him as a very talented individuals from the Middle East.

Some of his tuning models and sclaes are being refered in scala , a powerful software for experimentation with musical tunings. His musics are composed in different modal , tonal and atonal microtonal spaces and also shows polymicrotonality as a way to relate different microtonal systems to each other. He is also working on a new rhythmic system named as "Microrhythm" based on time intervals defined in new rhythmic systems.

He composes music for solo of tombak and tombak ensemble with different microtonal tunings , ranging from traditional to his personal style.

On 23 Dec 2006 Shaahin mohajeri lectured on tombak history, organology,acoustics and tunable tombak of Dr.Hossein omoumi in the Tehran Conservatory of Music.