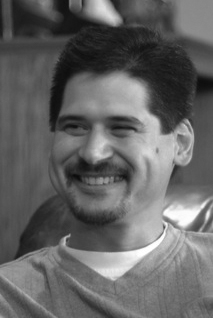 Robert J. Bradshaw's (1970) compositions have been performed and recorded throughout the world, from Bangkok, Thailand, to Sydney, Australia. In America, his works have been heard in many prestigious venues including Lincoln Center and during The Kennedy Center's 2010 International VSA Festival at the Shakespeare Theatre Company's Sidney Harman Hall.

Commissions from numerous organizations, ensembles and artists have kept Mr. Bradshaw's music frequently on the stage since 1989. Commissions include works for the James Pappoutsakis Flute Competition, the New England String Ensemble Musical Heritage Initiative and the American String Teachers Association with NSOA. Of particular note is the Australian Trumpet Guild's commission of the opera ".Gabriel" (www.gabrieltheopera.com) which has also been honored with a grant from the American Music Center (CAP), named winner of a Boston Metro Opera Mainstage Award, recorded by the Palmetto Camerata and was premiered at the 35th Annual Conference of the International Trumpet Guild, 2010, courtesy of Opera Australia and the Australian Opera and Ballet Orchestra.

Mr. Bradshaw's discography lists more than seventeen commercially released CDs representing a wide variety of genres including opera, cantata, concerto, sonata, sonatina, solo and chamber ensemble. Compositions such as Sonata No. 1 for trumpet, which was premiered by a large scale consortium of soloists and ensembles around the globe (www.sonatapremiereproject.info), have had the honor of being repeatedly recorded by various instrumental configurations. In 2010 alone, at least four additional CDs will be released containing Mr. Bradshaw's music.

In addition to his work as a composer, Mr. Bradshaw is very active as an advocate for new music and music education. He owns and operates an editing/mastering facility, Studio 251, and administers the Beauport Classical record label which is dedicated to helping composers release their music on CD. Mr. Bradshaw also teaches courses on music business, technology and artist's rights and has extensive experience in the music publishing industry through Beauport Press Music Publications.

Mr. Bradshaw strives to forge a unique connection between composer, conductor, musician and audience as evidenced by Peter Stickel's (past Executive Director of the New England String Ensemble) statement on their collaboration and commission: “[Mr. Bradshaw's] insight into the creative process of composition was stunning and transforming for each audience with whom he worked. He was an inspiration to students and professionals alike.”