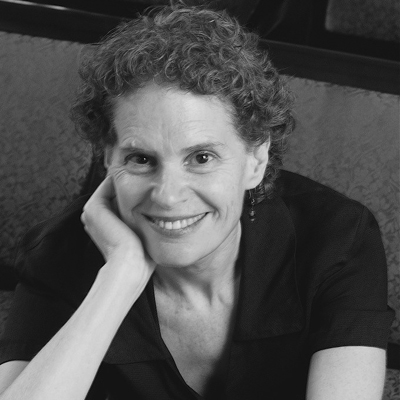 Rami Levin received her B.A. from Yale University, an M.A. in composition from the University of California, San Diego, and a Ph.D. in composition from the University of Chicago. She has received commissions from the Connecticut Arts Council, the Morley Wind Group in London, American String Teachers Association, Chicago Symphony Orchestra clarinetist John Bruce Yeh, Chicago Pro Musica, Vision Saxophone Quartet, the University of Chicago Motet Choir, Chicago Children’s Choir, His Majestie’s Clerkes, Jubilate Children’s Choir, Chicago Choral Artists, and the Rembrandt Chamber Players. Her catalogue includes orchestral, choral, chamber, and solo works, which have been performed in the U.S., Britain, Canada, Spain, Norway, Italy, Brazil, and the Slovak Republic. The Warsaw Philharmonic and the Slovak Radio Orchestra have recorded her orchestral works. Levin has received consecutive annual awards from ASCAP since 1994. She has served as president of American Women Composers, Midwest and founding director of Lake Forest Lyrica, a series of chamber music concerts held at Lake Forest College. Levin has taught at Barat College, the Newberry Library, and the University of Chicago’s Continuing Education program. She served as Chair of the Department of Music at Lake Forest College from 1994 to 2005. In 2005 she was promoted to Full Professor and named Associate Dean of Faculty and Composer in Residence. She retired from the College in 2010 as Professor of Music Emerita. The recipient of a Fulbright lecture/research award, she spent a semester teaching and composing at the Federal University of Rio de Janeiro in 2008 and is currently teaching and composing in Brazil.