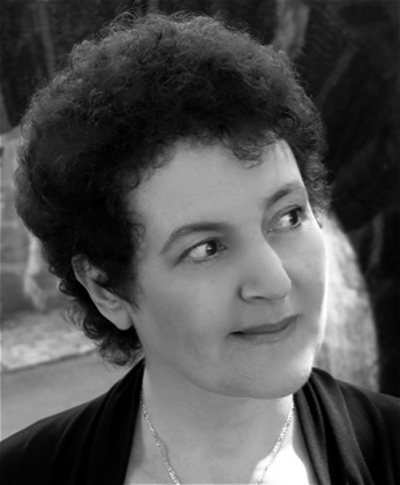 The music of Russian-born composer Margarita Zelenaia received its Lincoln Center premiere in 1997 and its Carnegie Hall premiere in 2001. Among her most recent world premieres (2010) was “The Lion that Could not Roar”, a music fairy-tale that was written in collaboration with Robert Sherman, great radio personality from WQXR, and performed by the “Damocles Piano Trio”, clarinetist Pavel Vinnitsky, and Mr. Sherman as a narrator. In 2009 her duo “Homage II” (violin & cello) received its world premiere at the Chicago Cultural Center as part of the Chicago Chamber Musicians' First Monday concert series and was broadcast live on WFMT Chicago. In 2008 for creation the “Byzantine Chants”, sacred concerto for a Solo Cello Ms. Zelenaia was awarded the Lower Manhattan Cultural Council and the Northern Manhattan Arts Alliance (NoMAA) grants. Then she was invited by Dr. Jennifer Pascual, Director of music of Cathedral of St. Patrick, to be a quest at the radio show "Sounds from the Spires" (The Catholic Channel SIRIUS 159 XM 117) where Dr. Pascual is a host. One hour program showcased the “Byzantine Chants”. In 2007 she was a recipient of the "Encore" program grant from the American Composers Forum, and a year later her works were being performed at the Kaplan Penthouse Chamber Music Series at Lincoln Center by musicians of the New York Philharmonic. Retaining a close relationship with the famed New York orchestra, her string quartet, "August. Sunset Bloom," was given its world premiere on the Philharmonic Ensembles at Merkin Concert Hall series, receiving both critical and audience acclaim. Versatile in genre, the music of Margarita Zelenaia defies stylistic boundaries and ranges from operatic and chamber works, to musical theater and art songs. Without prejudices and stereotypes in her writing, Zelenaia posses a rare ability to infuse her music with humor and lyrical tenderness, while also producing works of tremendous depth and seriousness. Casting aside the stereotypical mold of a "contemporary" composer, Zelenaia is a strong believer in melody and direct audience communication.

Her two-act comic opera for children Winnie the Pooh Once Again, commissioned by the Moscow State Academic Children's Musical Theatre, has been performed in over 400 major venues in Russia, Japan, South Korea, Israel and Czechoslovakia, becoming a part of Children's Musical Theater's standard repertoire for over 15 years. Excerpts from Zelenaia's musical Alice in Wonderland have sold more than 450,000 copies to date and over 40 performances of her miscellaneous works, including incidental works for TV and movies, have been broadcast in Russia, Israel and the United States. Her vocal cycles, art songs, works for chamber ensembles and piano compositions for children have subsequently been performed at the Moscow Autumn Festival, the Young Peoples' Arts Festival, the Moscow Spring Festival, the Tutti New Music Festival in Ohio, the New Music North (Canada), and the American Composers Alliance Festival (New York), the Summit Music Festival, to name a few.

Zelenaia began her compositions studies at an early age and by the age of 12 hosted her own musical TV program that was broadcast internationally. Recipient of the prestigious Lenin Scholarship, her mentors included Professor Genrich Litinskyi, the former teacher of Aram Khachaturyan. In 2007, the biography of Margarita Zelenaia was included in the 61st Edition of the Who's Who in America and Who's Who Among America Women that feature the career histories and credentials of the country's most accomplished and influential individuals.

She is currently living in Fort Lee, NJ, where she is an active composer and a sought-after educator.