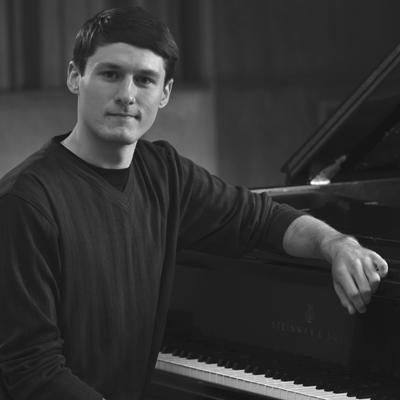 Keane Southard (b. 1987) has had compositions performed by ensembles such as the Cleveland Chamber Symphony and the Longfellow Chorus and Orchestra. His music has been described as "highly-professional and well-orchestrated" (Portland Press Herald). He has been a recipient of many awards including the Alice Procter Composition Award from the New England Piano Teachers' Association as well as the Irl Allison Sr. Award from the American College of Musicians' Composition Contest, the Student Composer Award for the American Art Song Competition, a Victor Herbert/ASCAP award from the National Federation of Music Clubs, the Lee Goldstein Composition Award from Baldwin-Wallace College, the Cecil Effinger Composition Award and George Lynn Prize from The University of Colorado-Boulder, and First Prize in the Longfellow Chorus International Composers Cantata Competition. He was also a finalist in the Massachusetts Educators National Conference Composition Contest and performed at the University of Massachusetts, Lowell and has twice been a finalist for the ASCAP Morton Gould Young Composer Awards. Keane is currently a first-year Masters student at the University of Colorado-Boulder studying music composition where he serves as a graduate assistant in music theory. He graduated Summa Cum Laude with his B.M. from the Conservatory at Baldwin-Wallace College in Berea, OH, where he double majored in music composition and music theory with a minor in English literature. His composition teachers include Kenneth Girard, Loris Chobanian, Daniel Kellogg, and Jeffrey Nytch. In the summer of 2009, Keane was selected as a participant in the Northeastern University Fusion Arts Exchange, where he studied composition with Brian Robison and Hillary Zipper.

As a pianist, Keane has focused his piano studies on unknown/under-performed repertoire, including works by Ives, Finzi, Rzewski, Gottschalk, as well as premiering his own works and those of his colleagues. An eight-time National Member of the American College of Musicians through the National Piano Guild Auditions, he performed an International Program in 2005 and was awarded a High School Diploma from the Guild. He has also served as the keyboardist for the University of Colorado Orchestra, University of Colorado Wind Symphony, the Colorado Wind Ensemble, the Baldwin-Wallace College Symphonic Wind Ensemble and l(a Contemporary Ensemble. He is also active as a classical/vocal accompanist as well as a jazz pianist. His piano teachers include Barbara Jones and Robert Mayerovitch.