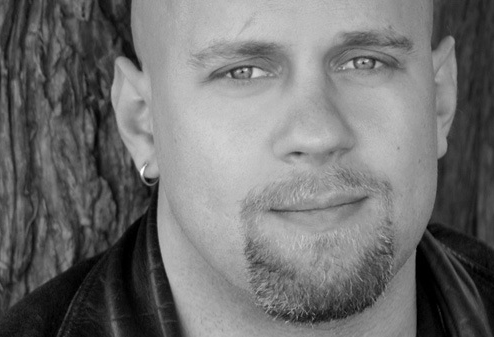 Known for creating music filled with an "unearthly beauty" (Mondomagazine) that makes listeners want to "close (their) eyes and transcend into a cloud of music" (Discorder Magazine), Jordan Nobles has emerged as one of Canada's finest composers. To date he has written over eighty works for various ensembles, from solo works to orchestras, and his music has been recorded on CD, and has appeared in short films, theatre, live television and radio.

Jordan's orchestral work Aurora has been chosen to be presented at the International Rostrum of Composers in Lisbon, Portugal on May 31, 2010. He has been named the 2009 Emerging Artist in music from the City of Vancouver's Mayor's Arts Awards and was a featured composer in the Windsor Canadian Music Festival in February of 2010.

The most recent work of Jordan's Simulacrum was premiered simultaneously by 6 of Canada's leading new music ensembles in different cities across the country on May 15, 2010 in a collaborative national project.

His choir piece Still Life has been chosen to represent Canada at the International Society for Contemporary Music's 2009 World Music Days and his piece Coriolis was recently released on the new CD by Germany's acclaimed Kammerchor Consono, conducted by Harald Jers.

Jordan has also been awarded the first prize in the Vancouver Bach Choir's National Competition for Large Choirs, is a member of the Canadian League of Composers and an Associate of the Canadian Music Centre.

Upcoming projects include a piano concerto for Calgary's virtuoso pianist Jeffrey Neufeld and a new spatial choral work for the Vancouver Cantata Singers.

Recent premieres include music for Aeriosa Dance Society's 2010 Olympic event In Situ, Perpetuum Mobile for the Windsor Symphony, Emergent Behaviour for New York's Flexible Orchestra, Entropy for the Vancouver Symphony, We Were Here for the Vancouver East Cultural Centre created in collaboration with Canada's premier spoken word artist Shane Koyczan, A Sign in Space for the SoundaXis Festival performed inside the Michael Lee-Chin Crystal at Toronto's Royal Ontario Museum, Periods for the Standing Wave Ensemble conducted by a 4 story pendulum, and The Vertical Orchestra performing Gravity spread out over the seven floors of the atrium at the Vancouver Public Library.

"…an experience of profound emotion." Kitchener Waterloo Record - Kitchener, ON

"Technically, there was no other word for it than that much overused modifier awesome." Georgia Straight - Vancouver, BC

- "Jordan Nobles' Nebula was truly beautiful. Nobles asked his 10 musicians to use volume pedals to usher each note in gradually, and the result was a galaxy of long, attack-free tones that hung and shimmered in the air. The effect was so lovely." Georgia Straight Vancouver, BC