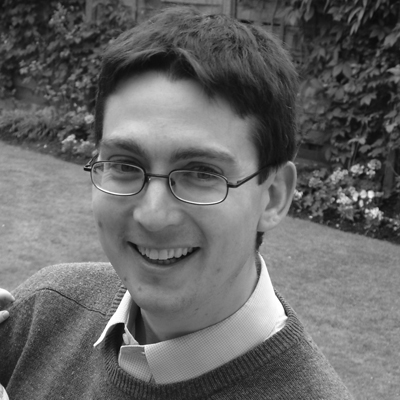 JOHN PITTS (born 1976), a British composer, has music degrees from Bristol and Manchester Universities, studying composition under Adrian Beaumont, Geoff Poole, John Casken and John Pickard, also receiving tuition from Raymond Warren and Robert Saxton, and briefly from Diana Burrell in a COMA scheme. In 2003 John won the Philharmonia Orchestra Martin Musical Scholarship Fund Composition Prize, his Piano Quartet being performed by the Fidelio Quartet in the final stage of the competition at the Royal Festival Hall. Typhus and Nuts & Bolts, two of his chamber pieces, have been shortlisted by the Society for the Promotion of New Music. He writes music for Christian worship, with two hymns on Naxos CDs recorded by his brother Antony Pitts and TONUS PEREGRINUS, including one in Faber's The Naxos Book of Carols book. In 2006 Choir & Organ magazine commissioned I will raise him up at the last day for their new music series. John has also written music for four plays and two short operatic works - Crossed Wires (Huddersfield Contemporary Music Festival 1997), and 3 Sliced Mice (commissioned by Five Brothers Pasta Sauces). John has conducted four Bristol Savoy Operatic Society productions, arranging Pirates of Penzance, Gondoliers and Iolanthe for small band. He is one of the founding members of the Severnside Composers Alliance, and has had four pieces released on CDs on the Dunelm label. One reviewer wrote "This is lovely music to listen to and shows a deep absorption of earlier styles but with a large degree of originality added for good measure." In 2009 the complete set of 7 Airs & Fantasias were released on an album cd.tp/ipm08 receiving a 5 star review in Musical Opinion, 4 star reviews in the Independent, Venue Magazine and the All Music Guide, and a number of other positive reviews with descriptions such as “stunning and seriously impressive”. In 2010 he became the Assistant Conductor to the Bristol Millenium Orchestra.