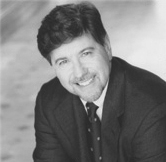 John G. Bilotta was born in Waterbury, Connecticut, but has spent most his life in the San Francisco Bay Area where he studied composition with Frederick Saunders. His works have been performed by Rarescale, Earplay, the Talea Ensemble, the Washington Square Contemporary Music Society, Chamber Mix, Musica Nova, the Avenue Winds, the Boston String Quartet, the San Francisco Composers Chamber Orchestra, the Kiev Philharmonic, the Oakland Civic Orchestra, San Francisco Cabaret Opera, Bluegrass Opera, Boston Metro Opera, and VocalWorks. His works have been released by Capstone Records, New Music North, Beauport Classical Recordings, and Navonna Records and are distributed by Naxos. His first chamber opera Aria da Capo was a finalist at the New York City Opera. His comic opera Quantum Mechanic won the 2007 Opera-in-a-Month Challenge as well as the 2010 AmericanaFestival Opera Award. The European premiere of Quantum Mechanic will occur in Norway in 2013. His most recent opera Trifles premiered in 2010 as part of Goat Hall Productions’ Fresh Voices X Festival of New Works. John co-directs, with Brian Bice and Davide Verotta, the Festival of Contemporary Music. He is a member of the Society of Composers, Inc., where he serves on the Executive Committee and for which he edits SCION, the Society’s opportunities newsletter; and he currently chairs the Program Selection Committee for NACUSAsf.