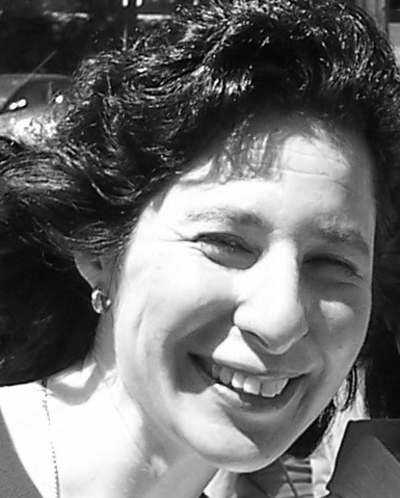 Helena Michelson is a composer of contemporary classical music whose output ranges from solo, chamber and vocal to orchestral works. She completed her undergraduate studies in Music at the University of California, Berkeley and holds a doctorate in composition and theory from the University of California, Davis. First trained as a pianist, she studied piano with Mack McCray at the San Francisco Conservatory of Music and, in masterlasses, with Richard Goode and Awadagin Pratt. She has studied composition, among others, with Olly Wilson, Cindy Cox, Jeffrey Miller, Pablo Ortiz, and, in masterclasses, with Louis Andriessen, Martin Bresnick, Mario Davidovsky, Eric Chasalow, Philippe Leroux, Bernard Rands, Judith Shatin, and Joel Hoffman. She has been a participating composer in MusicX, a festival of new music at the University of Cincinnati College-Conservatory of Music in 2003, 2005, and again, in 2007, an invited composer at Domaine Forget in Quebec (2004), a composition fellow at the Composer's Conference at Wellesley College (2003), Ernest Bloch Composers' Symposium (2004), and in the summer 2009, an invited composer at June in Buffalo. Her music has been performed and recognized by such groups and organizations as San Francisco Contemporary Players, North/South Consonance, Berkeley Contemporary Players, Empyrean Ensemble, Le Nouveau Ensemble Moderne, Riverside and Berkeley Symphonies, as well as through commission from the American Composers Forum and Composer Assistance Program of the American Music Center. As a performer of her music, she has recently appeared at UAHuntsville New Music Festival 2010 and INNOVATION-- New Music Festival 2009 at University of Central Missouri at Warrensburg.