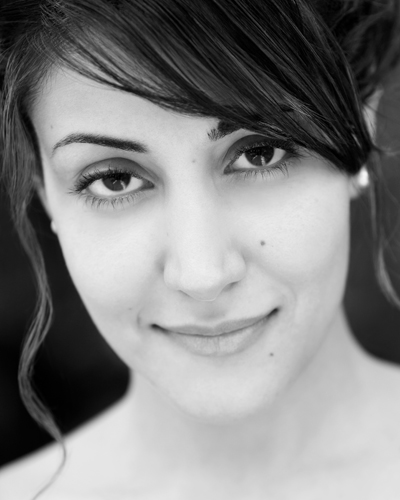 “Ms. Razaz’s music was ravishing and engulfing throughout a nine-minute duration...” - The New York Times

Gity Razaz composes music that ranges from concert solo pieces to large symphonic works. She is a collaborator involved in projects across disciplines from modern ballet to electroacoustic soundscapes. Gity’s music has been commissioned and performed by the All- American Cello band (The Amsterdam Cello Biennale), The Albany Symphony Orchestra, Metropolis Ensemble, The Juilliard Symphony, The Sirius String Quartet (ACO), and Arte Symphonie, among others.

Gity’s music has received a wide national and international recognition through frequent broadcasts, performances as well as composition awards. Most recently, Gity received the ASCAP 2011 Morton Gould Award for her cello octet. In 2009 Gity’s first piece for large orchestra, “In the Midst of Flux…” won the Libby Larsen Prize in 28th International Alliance for Women in Music Search for New Music Competition, the 2009 ASCAP Morton Gould Award, the Annual Juilliard Composers’ Orchestra Competition, and an honorable mention from the Minnesota Orchestra Composer Institute. Gity’s “Concertino for Clarinet and Orchestra” won Juilliard’s prestigious Palmer Dixon Award for the most outstanding composition of 2010. Her compositions have earned Honorable Mention from the ASCAP (2010), the Brian Israel Composition Prize (2007 and 2008), and the Margaret Blackburn Memorial Competition (2007).

Gity’s most recent projects include a work for cello octet commissioned by widely acknowledged cellist and educator, Richard Aaron, for the 3rd Amsterdam Cello Biennale, an electro-acoustic work for chamber orchestra commissioned by the Metropolis Ensemble, a Grammy nominated contemporary ensemble based in New York, as well as an original ballet score commissioned by the New York City Ballet’s Choreographic Institute.

Gity started her musical studies in piano at age seven in Tehran, Iran, and began composing intuitively at age nine. Her formal training in composition started when she moved to Houston, Texas. Gity attended the University of Houston, double-majoring in Pre-Medicine and Music Composition with a minor in Piano Performance. After completing two years of Pre-Med, She transferred to The Juilliard School to focus on composition. Gity received her Bachelor’s in composition from The Juilliard School in May 2010. She is currently in her first year of graduate studies in composition at Juilliard, Studying with Robert Beaser. She has studied composition with Samuel Adler, John Corigliano and Robert Nelson.