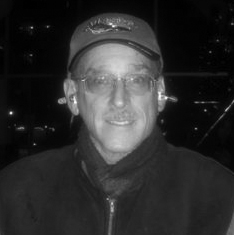 His recently published Three New Gymnopedies for Piano have been proclaimed a modern masterpiece by the multi-award-winning Canadian composer, Michael Conway Baker.

He co-wrote the main theme for the recently-released, independently-produced feature film, Playground of Dreams, which also features a number of his other piano works. In the 1980s, he collaborated with Dennis Goza in writing and producing a San Francisco musical review, Never a White Christmas, and an hour lengh musical show, It Only Takes Two, and co-wrote with Jack Boaz, a full-length children's musical play, St. Nicholas's Bag.

Levin received his initial musical training in Canada, in Ottawa where he was born and later received more advanced training at the San Francisco Conservatory of Music. Also in San Francisco, he studied popular song writing with Gary Remal and jazz theory with Jim Grantham, influences that have informed many of his compositions. Through much of his life, Frank Levin has made his living as an independent piano teacher, a profession he still maintains to some extent today in Vancouver British Columbia, where he resides and is semi-retired.

In speaking of his own compositions, Frank has stated that while clarity of form and economy of thought are paramount in his compositional process, he never writes a note he can not feel because in the end communication is his primary goal. To learn more about Frank Levin, including his work as a visual artist, and for a listing of many of his compositions, see his web site, www.relaxationx3.com.