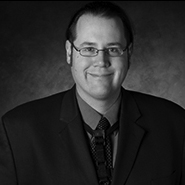 Eric Honour has developed an international reputation as an artist devoted to exploring and furthering the intersections of music and technology. His work as a saxophonist and composer has been featured in numerous international conferences and festivals like ICMC, Spark, FEMF, BEAF, EMM, and others. A member of the Athens Saxophone Quartet, he performs regularly in Europe and the United States, and has presented lectures and masterclasses at many leading institutions, including the Conservatorio di Perugia, Hogeschool Gent Conservatorium, Northwestern University, and the University of Oklahoma.

Honour’s new solo recording, Phantasm, will be released by Ravello Records on July 26, 2011. The album features eleven extraordinary works for saxophone and computer by such world-renowned composers as Karlheinz Essl, Luigi Ceccarelli, Lou Bunk, and others.

Honour’s music has been described as “fast, frenetic, and fiendishly difficult” and performed around the world by such notable artists as Quintet Attacca, Winston Choi, the Thelema Trio, and Quartetto Musicattuale. His work as a composer has been recognized in many competitions, published by Roncorp, and recorded on the Capstone, Ravello, and Innova labels. Professor of music and director of the Center for Music Technology at the University of Central Missouri, his work as an audio engineer and producer appears on the Everview, North Star Appli, Innova, Irina, and Nea Aghialos labels, as well as on numerous independent releases.

Some of his theoretical and compositional work focuses on structural relationships between phonetics and music. Jones has worked extensively in computer music, composing in residence at the Elektronmusikstudion (EMS) in Stockholm, at L'Institut de Recherche et de Cooordination Acoustique/Musique (IRCAM) in Paris, and at Bregman Electronic Music Studio at Dartmouth College (where he co-founded, with Jon Appleton, the Dartmouth graduate program in Electro-Acoustic Music). In his role as an instrumental/vocal composer, Jones has served as Composer in Residence at York University in England and been a featured composer at Texas Christian University. His compositions have been recognized by a number of grants and awards. Jones is currently composing a second chamber opera, beginning a second compact disc of compositions influenced by Bulgarian folk music, and continuing his work with speech/music synthesis.