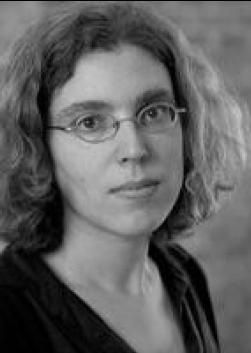 Canadian-American composer Emily Doolittle is Assistant Professor of Composition and Theory at Cornish College of the Arts in Seattle. She was born in Nova Scotia in 1972 and educated at Dalhousie University (BMus 1995), the Koninklijk Conservatorium in the Hague (Eerste Fase, 1998), Indiana University (MMus, 1999) and Princeton (PhD, 2007). She has written for such ensembles as Orchestre Mťtropolitain du Grand Montrťal, Tafelmusik Baroque Orchestra, the Albany Symphony, Ensemble Contemporain de Montrťal, the Motion Ensemble and Meduse, and such soloists as sopranos Janice Jackson, Patricia Green and Helen Pridmore, pianists Rachel Iwaasa and Ruth Rose, viola d'amorist Thomas Georgi and viola da gambist Karin Preslmayr. Her doctoral research was on the relationship between bird and other animal songs and human music, a field in which she continues to be active. Other interests include the traditional music of various cultures, community music-making, and music as a vehicle for social change.