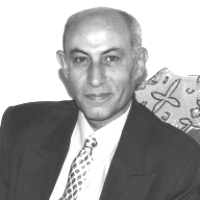 Having earned his higher education and lived in the U.S for so many years, Dr. Khoury has managed to work in two disparate musical worlds (Western and Middle-Eastern) with high verve, versatility, and vivacity. In addition to Piano and Guitar, he is also a successful performer of three Middle-Eastern instruments: Oud, Organ, and Violin (tuned G-D-G-D). Moreover, as part of his firm conviction in serving communities with music, Maestro Khoury has always ensured active involvement in as many music festivals, social events, community gatherings, philanthropic activities, and humanitarian commitments as he could possibly participate. Also, he gave enlightening and enriching lectures on diverse aspects of Middle-Eastern music (modes/maqamat, instruments, history, forms, rhythms, etc.). In this context, he claims that “Music has an allied power to bring forth a societal ligature much as the rain has magnetic power to impartially cluster diverse people under the tiara of a single umbrella.” “Music,” asserts Khoury, “can play a vitally peerless role in forging a bridge of communication and understanding between people from all walks of life, thus fostering further relatedness and a higher level of peaceful coexistence in society.”