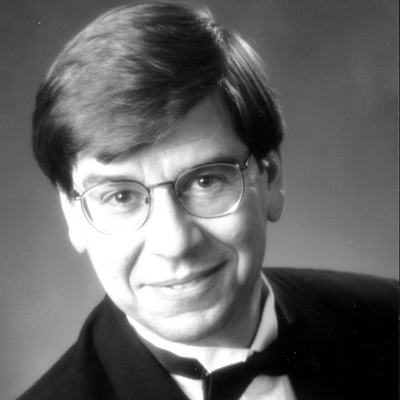 Doug Davis graduated summa cum laude and Phi Kappa Phi from the University of Tennessee where he studied with David Van Vactor and completed his Ph.D. from Harvard University working with Earl Kim and Leon Kirchner. At Harvard, he was selected by Leonard Bernstein to be the student member of the Norton Lectures Discussion Group. International performances include “Psalm of an Orange Angel” by the Hungarian Symphony (2008 Indianapolis Chamber Orchestra Composition winner) and “Token” for voice and orchestra featured at the Ukrainian “Contrasts” festival (both recorded on CRS). In 2005, the Society of Composers selected “Family Portraits” for its recording of contemporary song cycles (released on Capstone). Several of his compositions have been recorded by jazz greats including Chick Corea, Larry Coryell, and Bennie Wallace. Davis is presently the Chairman of the Music Department at California State University, Bakersfield. He is the Director of the Bakersfield Jazz Festival, Legends of Jazz series, and the CSUB Guest Composers series. In 2003, he received the WANG Award, selected from the faculty of the entire 23 campuses of the California State University system. Monies received from this award now endow a scholarship dedicated to the creation and performance of new music. Concerning his 14 settings from John Berryman's "Dream Songs" and an LA Weekly "Pick of the Week," Brandt Reiter states, "Davis has a real ear for the poet's shaggy rhythms and an artful, dramatic touch; his inventive settings are quite wonderful and exceedingly well-suited to Berryman's text. Bluesy, playful and malevolent, with strong overtones of Bartók and Berg, the music is jarring, creepy and slyly seductive. And the disc, which I find compulsively listenable, is both appropriately unsettling and a hell of a lot of fun."