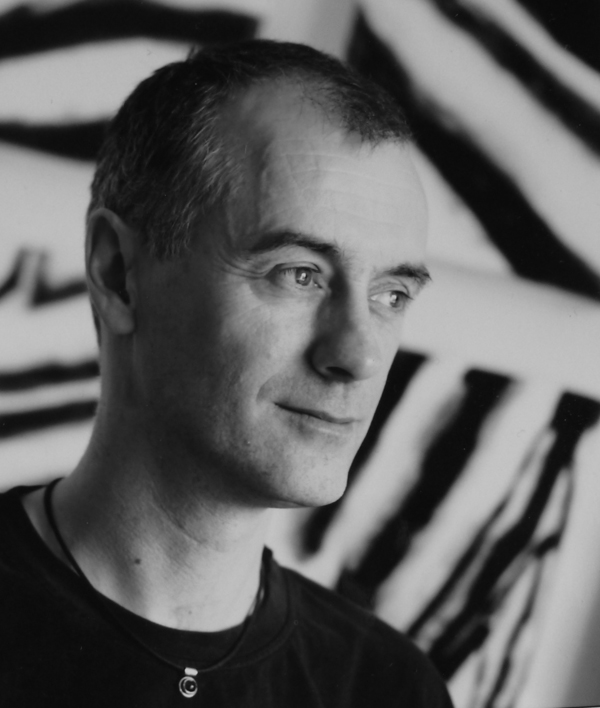 David Power was born in London in 1962 but spent most of his childhood in York. His initial interest was rock music. However, the electronic instrumentals on David Bowie’s ‘Berlin’ albums led him to become increasingly interested in more experimental music and, in due course, he discovered the music of composers such Boulez and Stockhausen. This prompted a change in direction. He studied composition with Richard Steinitz, Steve Ingham and Roger Marsh. His Three Chamber Pieces was premiered at the 1987 Huddersfield Contemporary Music Festival and since then his work has been performed widely throughout the UK and, more recently, in Europe and the USA. He has received a number of commissions over the years and his work has been broadcast on BBC Radio 3 as well as on various regional radio stations. His work has also been used as soundtracks for art installations and short films, notably with artist Linda Ingham and film-maker Annabel McCourt. In 1995 he co-founded the Late Music Festival of which he remained Artistic Director until 2008. During that time, a total of 148 concerts were delivered and a total of 97 first performances were given. In its later years the Festival also delivered an ambitious education outreach programme in partnership with the City of York Council. In 2007 he was awarded the St Hugh’s Fellowship to write two new pieces and to found a new classical music festival in NE Lincolnshire. This Festival was held at St James Church (now Grimsby Minster) in Grimsby in September 2008. It was a significant success and, consequently it has become an annual event. In 2012, his Eight Evening Songs was included on the acclaimed Songs Now CD on the Meridian label. His music was used extensively in the soundtrack of Annabel McCourt’s latest film Delphine which had its first showing at the Bathing Beauties Festival in Lincolnshire. He is a member of the newly formed Sounds Lyrical Project which brings together poets and composers with a strong York connection with a view to jointly creating new classical songs and bringing the songs to new audiences. Future plans include a contribution to a new CD by the Delta Saxophone Quartet to be released on the Future Music label in 2013 and a contribution to the Vestiges of Spirituality multi-media installation to be featured in Barton Arts Week, Grimsby Minster and the 20:21 Gallery in Scunthorpe.