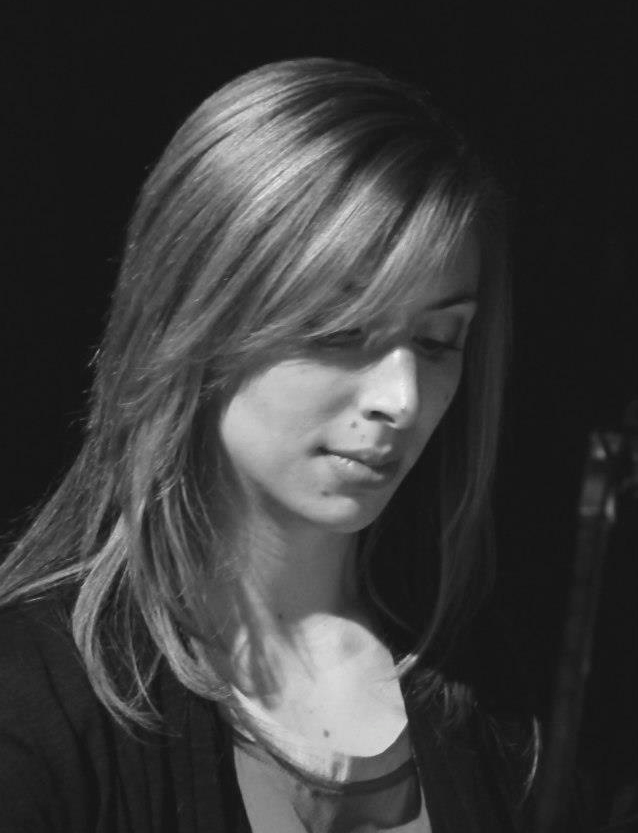 Anne H. Goldberg blurs the definitions of music and dance as a composer, choreographer, and performer. Founder and artistic director of the Synthesis Aesthetics Project, a collaborative of musicians, dancers, multimedia and spoken word artists, Anne has produced, composed, choreographed and directed a variety of productions. Most recently, as Emerging-Artist-in-Residence at The Field, she developed an evening length production, “Crude Civility.” In addition to Synthesis, Ms. Goldberg co-founded the new music ensemble Tempus Continuum Ensemble, and is a member of the Reform@ trio, premiering and performing both her own music and that of other 20th and 21st Century composers. Touring the east coast and internationally, Ms. Goldberg’s music has been premiered and performed by ensembles such as the Boston New Music Institute, the Novatrio, NeoLit Ensemble, and at the Summer Institute for Contemporary Performance Practice at New England Conservatory. Her artistry has been featured in music venues such as Symphony Space, the Kitchen, the Flea Theater, and many others nationally and internationally. Ms. Goldberg’s educational background, although based upon the study of science, mathematics and languages, never strayed far from her passion for the arts. Through the pursuit of piano and oboe, she gained a respect for the depth and a greater understanding of the creative aspect of composing. She graduated Phi Beta Kappa from Wellesley College with extensive course work at the Massachusetts Institute of Technology, and received her M.M. of Classical Composition at the Manhattan School of Music under Dr. Marjorie Merryman, and influences of Nils Vigeland, Reiko Füting, and Mark Stambaugh. She is now a D.M.A. candidate at MSM under Dr. Reiko Füting.

Anne freelances in the New York and Greater Boston area on a multitude of projects ranging from recording sessions to live events to music ministry. She has played as a regular member in the New England Philharmonic, the Berklee Contemporary Symphony Orchestra, both on oboe and English Horn. Anne has commissioned and premiered a number of works, and will be choosing and performing the Fifteen-Minutes-of-Fame English Horn call for scores in 2013. She is proud to have studied under Barbara Lafitte and Libby Van Cleve in contemporary techniques. As a pianist, has been playing and performing all her life in a wide variety of settings. From classical to jazz, Anne performs as a soloist, chamber musician, and ensemble member both nationally and internationally, in venues from Avery Fisher Hall to Disneyland Paris. She frequently performs, premiers, and records new music from emerging composers, as well as repertoire from the 20th and 21st Centuries. As a composer/performer, Anne performs her own repertoire in the Tempus Continuum Ensemble and the Reform@ Trio.

Some of her current projects include learning the entire Vingt Regards pour l'Enfant Jesus and Harawi by Olivier Messaien. She is excited to be collaborating with contemporary soprano Delea Shand on Harawi, which will turn into an evening length event for the Synthesis Aesthetics Project. Anne is proud to have studied under Scott Rednour, Randy Hodgkinson, Charles Fisk, Lois Shapiro and Dawn Goulet.

In addition to her musical and choreographic pursuits, Anne is a professional figure skater, holding gold freestyle, artistry and ice dancing titles in the United States and Canada as well as International ice dancing titles. As a member of the Ice Theater of New York and a freelance coach, she teaches ballet and modern dance for figure skaters, as well as general conditioning and Pilates classes.

(any number of movements may be performed at a time, in any order)